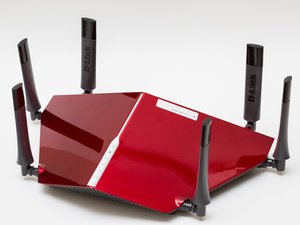 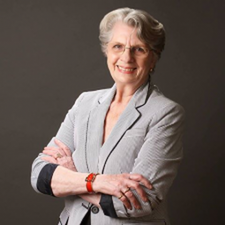 I have a new D-Link which I was told would solve all my shortcomings with speed. However, it was a waste of money… there is no improvement.

I have cleared the cache, I did a utilities repair, emptied the waste, unplugged the router for a few minutes and changed the WiFi to the one other choice. Nothing changed. What else can I do?

Don't know about Mac but try connecting to the router with a mobile phone using WiFi and check the speed when downloading a webpage or do a speed test with your service provider. Usually most service providers have a speed test link on their webpage so that you are testing directly with their servers and not going through multiple links like when you test using generic online speed tests.

If it is OK the problem is in the Mac.

If it is also slow the problem may be in the internet service as you have changed routers which did not resolve the problem.

Example with a faulty service could be a fault on the line between the service provider and your premises which impacts on speed.

What is the internet (and landline phone if applicable) service setup in the premises?

same cable in} - multiple connection point - nothing connected to it.

I’ve done all of these things, and have only one device, so from what all of you are saying, it’s the computer, an 8gb MacMini. If this is the problem then it doesn’t matter what the router is, nothing will change. Did I get it right?

If it works OK when using a mobile phone or other WiFi device connected to the router then it is the computer.

I don't know Mac only PC so perhaps @danj may be able to help you further.

What is your internet connection? What did you order with your ISP. The data rate you bought is the limit of your connection.

Most routers offer an Ethernet connection which you can use a Cat 5+ cable to connect to your Mac mini instead of using the WiFi connection. You’ll need to disable the WiFi for the system to latch in on the cable connection. If the speed is not different then your ISP needs to service your connection as that is the problem!

If using the Ethernet connection is better then your issue is something with the router or It could be as simple as a configuration issue. Open up your Network control panel and unlock it so you can open up the advanced options section. Here you will see the cached WiFi networks your system has connected to. You’ll want to slide your routers AP name to the topic it isn’t there now, and you should delete any that not belong. Safe the settings and exit then restart your system didn't that fix things?

Let us know what you discover!

I understood from the OP's response that a different WiFi device worked OK when connected to the router but maybe I misread it. Wouldn't that mean that the service and the WiFi was OK but not with the Mac?

@jayeff - I think the trick here is checking the connection via Ethernet to be sure. Then make sure the top choice is the correct WiFi network.

I've seen people connecting to their neighbors WiFi as it was left open as its a distance it is not stable so its slow! But of course we are beating up the wrong WiFi device as the failure!

Another type of problem is when the 2.4 & 5.0 GHx bands share the same AP name so I connected to ACME but its slow but when you connect to ACME is fast. But thats because I connected to the different band of ACME from you!

I try to get people to rename their AP's to unique names so as an example ACME_2-4 and ACME_5-0 so now I know which ACME I connected too!

You'll note I didn't call out which band in the failure in my example as the 2.4 band will give you distance but a slower rate, and the 5.0 band will give you more speed but is limited distance wise or have to go through to many walls so if you are to far it can be slower then 2.4.

Thanks for the explanation.