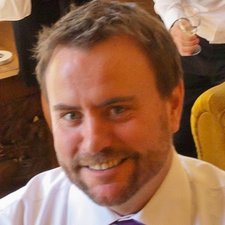 Keyboard connector on logic board workaround

I installed a French A1278 unibody replacement keyboard in my MacBook Pro, it’s what it came with as I bought it in France. With tools from iFixIt I successfully did all the parts leading up to actually plugging the cable into the logic board connector, WHAT A PAIN IN THE ASS. I spent about an hour. Used tape and all other suggestions to get that cable in firmly. The left side of the cable just wouldn’t go in as equally as far as the right side, I tried everything, so the point that now a piece of the connector top cracked off. Lock handle was up by the way. May seem silly to ask but is there a electrical lubricate that can be used? I blew a air duster through it.

The machine boots normally so I know I was successful with all other parts of the job, which I was very nervous about, It’s just this f’in cable.

One other question, I replaced the keyboard because many of the keys shorted out due to liquid. Could that short have compromised the keyboard connectors as well?