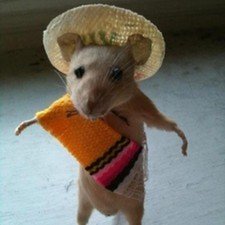 I'm upgrading my computer with the following:

Can I update my computer from 4, 1 to 5, 1 before updating the CPU and the CPU or before?

The reason that I'm thinking on do all of this because, When I opened my system I accidentally ripped the screen cable to the motherboard so I ordered a new motherboard and I said to myself, if I'm already going this far in the system.

The CPU and the GPU is working well.

So you are telling me not to use a HDD discs only a SSD correct?

My thought was to use a two terabyte HDD and a 250GB SSD.

So you're telling me the Hard Disk will be hot?

So if so I will put in a 1 terabyte SSD

To replace the motherboard is very big job so you telling me I need to check if the system and after replacing the GPU not before the replacing the CPU?

Lets create a new question focusing on the needed repairs and put this one aside as its clear you've overstretched what this system was designed to run with.

The reason you need to go into the system multiple of times is some of your actions may not work so if you did them all at once you wouldn't have been able to figure out what was the thing you changed that wasn't working.

Upgrading systems should always be done altering one thing at a time! If you are going to go this far follow the order I outlined and don't alter the system until you know the change you just did worked.

Trust me I've done this too many times to not have learned patience is very important!

So to make this clear change the easy things first! and make sure each action works before proceeding!

◆ Upgrade the OS to High Sierra the highest your system can run.

◆ Upgrade the HDD to SSD and only use one drive if you want to upgrade the CPU & GPU.

◆ Upgrade the MacOS to Mojave with DosDude

Now we get into the deeper parts!

◆ Replace the CPU again your systems EFI was designed for Clarkdale not Lynnfield CPU's this likely won't work!

◆ The GPU upgrade I fear will push your system over the edge if you've gotten this far. I wouldn't do it!

If you only have 16 GB of RAM replaced the HDD with the SSD and left the CPU alone I think it might work with your power supply but you then need to address the cooling as this series does not offer enough cooling. You will likely burnout the power supply prematurely as the load will be so close to the edge.

The best CPU this series offered: Intel Core i5-680

Take the time to review the differences! The TDP of the i5 is only 73 W unlike the i7 which is 82 W You also will face the limitations of the systems BIOS (EFI) your system uses Clarkdale series chips. Apple wouldn’t have loaded the Lynnfield series information into the EFI so jumping to it will be risky!

As far as RAM 16 GB is the largest tried so again jumping to 32 is risky! Don’t forget if you are jumping to the more power hungry CPU you are likely skating on thin ice as your power supply will be pushed hard with the added load of the RAM. You could lessen the load by removing the HDD and using a SSD instead.

I’m not sure I follow what you mean with 4,1 vs 5,1 are you talking about the EFI firmware updates? Review this listing to find older firmware versions. Apple no longer handles firmware updates this way! It’s all done within the OS installer. So if you are running High Sierra the installer would have updated to a much newer version. Apple does not list the EFI Boot ROM version or SMC version anywhere so you can’t track it (bummer!) So basically forget it! Just make sure you’ve updated the system to the latest MacOS it can support, reference this 21.5” iMac 3.6 GHz Core i5 (Mid-2010)

OK, now the fun part! Your system is only able to support MacOS High Sierra 10.13.x so jumping to Mojave 10.14.x is not possible via Apple. You would need to use DosDude Mojave Patcher

So the last piece is which to do first! I would update the OS to High Sierra and stop there. Next upgrade the RAM to see if you really can get to 32 GB. Do make sure you can return the SODIMM’s if it won’t work to get the others to get to 16 GB. Next I would replace the HDD to a SSD as we need to lower the power draw before you even attempt going to the 860s Lynnfield CPU. Then and only then would I swap out the CPU. If it is working at this point I would then upgrade the MacOS to Mojave. And the very last step would be to replace the GPU.

OK now on to the GPU First you need an Apple board as it has custom firmware. Here’s the part you’ll need AMD Radeon HD 6770M, 512MB - Apple P/N 661-5945. You’ll need to swapper the heatsink from your board as the 6770 board has a larger fin unit. Which gets into the rub here as you’ve boosted this system so far you’ll need to add additional cooling you’ll need to fashion a squirrel cage blower to pull the air out of the top vent externally to help in cooling your overheating system! Frankly I would forgo the GPU update as this will also kill your power budget pushing the power supply to Red!

First lets use a more tangible example lets say you have a suitcase and you are going on holiday. Its a smaller suitcase so you are limited on what will all fit in. You put out your cloths for travel and you’ve started to put them in but not everything fits so you need to unpack it and deside what to leave you pull a few things out and pack again. This time you have still have to much so you need to go through the process again this last time everything fits.

Now lets look at your system Apple packet it with just enough power to service the design of the system with a bit of head room. Now as you add things in you are getting close if not over whats the systems power supply is able to serve. So you just can’t throw everything in unless you upgrade the system (suitcase) which is not an option here as Apple never created a more powerful power supply or offered additional cooling for the system.

Thats why your actions are too extreme for this lower end system. Changing out the Hard Drive Disk (HDD) to a Solid State Disk (SSD) uses less power and cooling which is why I have suggested it. Adding swapping out the CPU to a more powerful version and RAM draws more power and creates heat.

So the bottom line here is you overstuffed the suitcase and you need to decide what you need and what you don’t. Thats why I had recommended the order of change. The GPU is the hotter and more power hungry item and I’m suspecting you can live without. If you bought it already then I would recommend you return it.

You added an additional piece of information on what you where thinking. Given what you are planing on doing you only want one drive within it. So forget about the HDD and just put in the SSD.

By the time you did all of this it would likely be smarter getting one of the newest iMac's as they use lower power components and CPU's with more power!

I bought the GPU from eBay, this is what the seller told me.

“AMD Radeon HD 6770M. This card is in great used condition, fully tested and functioning. This was removed from model MC812LL/A.”

If you are getting a bare MXM GPU board that's fine as you will need to reuse the heat sink. Often times they come with the 27" heat sink it came from as it was not offered as a 21.5" option. But again you need to work out the Wattage budget as I have explained in my Update.