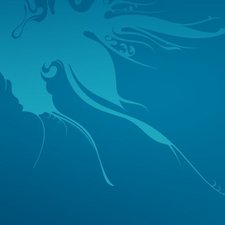 When iPhone 5c is turned on no image, when pressed, it works~

About a month ago I purchased some parts to rebuild my old iPhone 5c, it had all the necessary parts except for the battery and the logic board, today I have finally received the last important piece, the battery, though when I was reassembling the phone the image on the screen suddenly disappeared like it burnt out. I tried several times reconnecting the screen but any attempt to use the phone rendered it turn the backlight on. However, after some “research” I was already thinking that maybe I somehow shorted out the logic board and that’s why everything was working fine except for the screen. At some point I was already thinking about reassembling the phone just to throw it away afterwards, but instead i pressed the screen and the image reappeared again and I was able to use touch screen except I had to press the higher part (well, where the flex cables are) of the screen in order to keep the image intact.

Please I need some advice)

its either poorly connected screen to logic board(try reseating the connectors) or a bad screen, I wouldn't have thought it was anything worse than this.