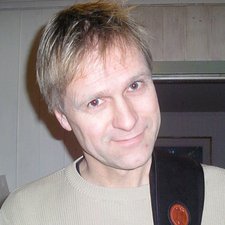 What parts to move from the broken screen?

Hi, I have successfully replaced several Touch 4th gen. screen assemblies but there is something I am still wondering about. No one really mentions anything about the adhesive you need to put on a new screen assembly. I got those but always have a hard time figuring out how to use it. The iPod Touch 4g screen adhesive is a big part and you have to remove the middle area (I do at least). Then on the top of the screen there is a small metal latch (step 9 in the Touch 4g screen replacement guide) that I alway move from the broken screen to the new one. But the adhesive seems to cover that part so I what I do is I only use the left top part of the adhesive and use some of the spare adhesive to glue the latch on to the new screen.

So I wonder what others are doing with the adhesive and if they move the latch over to the new screen. I have a feeling the latch helps keep the screen in place better than adhesive alone.

Also I always take the small pad under the digitizer cable from the broken cable to the new one. You can see it in step 13 in the same guide. It puts some pressure on the connection I think. This should have been in the guide.

You see the metal bracket on the top of the original touch screen. I have not been able to find anyone selling a touch/LCD with this bracket. So I always have to move it over from the broken one.

And regarding the adhesive I found out that I can use the same adhesive used for iPhone 3G/3GS except the top sticker which you cant't really use. At the top you need to get on the bracket from the old screen and put a thin line of adhesive (i.ex. cut from the top iPhone sticker) along the edge. And you need small strips along the sides of the screen. You can easily cut that out yourself. I am going to buy a roll of the 3M 300LSE like this one: http://cgi.ebay.com/3M-Sticker-tape-Adhe...

Not sure if I need the 3mm or 2mm. Anyway there doesn't seem to be much instruction or help on replacing the screen assembly although there are some good instructions on disassembly like on ifixit.

Personally everything gets cleaned off as much as possible and transplanted. I use 3M 300Lse laminate adhesive

Shouldn't matter much whichever you choose, i think what i've been using is 3mm

edit: Google search may find you some precut adhesives as well!

Thanks Chris. I found out 2mm was perfect. I have not been able to find precut adhesive specially for iPod Touch 4th gen. The one I found seems to be for iPhone just that it includes the adhesive along the sides. Like this one:

It is not anything other than iPhone adhesive. It does not fit the 4th gen. Touch any better and the middle adhesive is not used. So for the adhesive used normal iPhone 3g/3gs stickers and cut the sides from 3M 2mm strips (or 3mm).

As for the metal bracket I have asked several suppliers if I could get 4th gen. Touch screen/lcd with this bracket but no one can find that. That would have saved a lot of time for the job. So in the mean time I have to move over the old bracket from the broken screen. I cannot see how the top of the screen would stay in place without this bracket. If anyone else has other experience I would like to know!

It will stay without the bracket, but that is most definitely a transferable part

I didn't really try without the bracket. I will try it next time. What is very important is to tuck in the the digitizer cable so it does not fold over the edge of the mid plane in line under the camera. That could press the screen up so it does not seat correctly.

Watch out for dents on the edge or corners of the back cover since this is the frame for the glass. It is almost impossible to repair if the dents are so that they don't allow the glass to seat easily down into the frame. I always take a close look at the damage and if I see that the glass will not fit because of the dent, I refuse to repair it. Else I have to replace the back cover also. That of course is possible. It is a lot of work. Ahh, this Touch is a lot of work ;-)

I think I understand. I think we are saying two different things.

I was saying that if you are missing the bracket, you can push the screen at the upper edge INTO the case deeper than it should go.

Does that make sense?

If you don't transfer/install the bracket, you will find the screen assembly does not have enough support behind it in the upper right edge. The result is that the screen can be pushed into the case there.

I use die cut 3M, specifically cut for the iPod Touch 4th. I clean everything off. Most importantly, clean off the mid plate on both sides of the home button with a heat gun. A mini hair dryer and 92%+ alcohol with the rounded end of a metal spudger that iFixit sells works really well too (along with a static-free cloth to dab off the residue).

After you apply the die cut, I suggest with the left over you cut two small rectangles out of the 3M and place them on each side of the mid plate where the home button is.

If you seat it properly, angel at 30 degrees at the top and work down the sides, (don't forget to put the proper "Z" fold in the thin digitizer cable or the top left of the screen will "float" when you seal it) you can feel the screen pop into different places and it will be perfectly flush.

I save the big center piece of the die cut 3M patches ... in a pinch you can use an exacto to cut strips if you happen to run out of die cuts. Also handy for sticking other things down in other electronics.

I find it easier to not transfer the bracket. It always causes the screen to sit a little high. Also, the 300lse doesn't hold real well compared to tesa. Thats the strongest on the market. I use for both iPhone 3G/s and iPod touch 4. Contact me if looking for some.

That is interesting Garry. I found that omitting the bracket did exactly the opposite, the glass did not come close enough to the frame. But I agree that if you have stong enough adhesive that would solve the problem. I bought this adhesive that says 300SLE but is black and seems much more "Tesa-like"

I could not find Tesa on ebay except clear plastic tape. Please add info for the Tesa. Also how is the Tesa if you want to remove it? Does it loosen as easily as the 3M when using a heat gun?

There are versions of the 300SLE that are not black and do not work well. The Tesa can be found at eTech Parts. It's used in iPhone repair all the time and is one of the best out there. I haven't used a bracket in the last 30 itouch 4 repairs I've done. It's been the best output since leaving the bracket off and going with the strong adhesive. If you needed to remove it would be just like removing the original screen where you need heat.

i dont have the bracket will it be okay to put it back together and be usable?

Dry-fit your new screen in place. Decide whether it can be pushed in at the top. That will tell you whether you need to find a replacement (or some sort of padding to make up for the lack of a bracket?).

well it wont go down the upper left side so what would be a good "padding" for the lack of the bracket?

You miss understand it wont go down in there when I tried to install it it cracked the new screen cause it would go together. So know I got to get another one. So is there some kinda of padding I can use to make it go in there so the second one wont crack on me>?

If the screen lies flat and cannot be pushed in at the upper left corner or upper edge despite the missing bracket, then it sounds like no padding is required to make up for the bracket's absence.

Yeah my screen did have the zig zag in it and everything it just was not going down like it should. So is there a way I could still fix it? I mean help reduce it like the bracket would?

Do you put the metal bracket back on the digitizer?

I put everything back the way it came off. Can you clarify your question? What metal bracket are you referring to?

As for the metal bracket there is some discussion here on iFixit about that. I have repaired numerous 4g Touches and I stopped moving the bracket over to the new screen. I now get a better fit. Some say it is needed for support under the glass so or else the glass will sink to deep but I never saw that. I am careful to use adhesive wherever there is any contact between the glass and the body. I now get a perfect fit every time. With the bracket I often experienced some gaps that were difficult to close.

The metal bracket that is attached to the screen. I have had to adjust it around because I'm not sure exactly where it goes. I know I'm close though! I hate the Ipod Touch 4th Gen but I get calls to fix them all the time! Got one I have to repair now. :)

search Eb*Y for "3M Sticker Adhesive Tape For Cellphone Digitizer" and get the 1mm roll, I bought ten rolls of this stuff a year ago and i use it extensively for the ipod touch 4g. Works a treat.

It is possible to change only the glass, the digitzier and use the working lcd? I cannot find the stripes.. The stripes on the shop are used to put the hole lcd frame kit with the glass, or not?