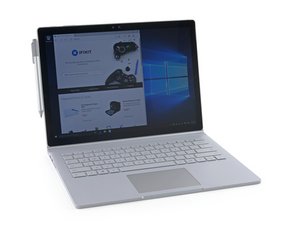 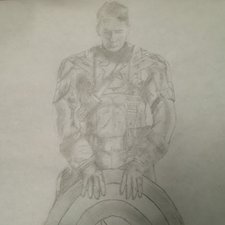 I went ahead and plugged the surface book into an external monitor and everything works just fine. I went into display settings and noticed that Windows was only picking up the external display and when I attempt to detect displays it is unable to find the clipboard/tablet screen. I haven’t opened the device up yet, but I’m curious if the issue actually is the screen. The touch digitizer appears to be working as expected so that makes me skeptical of the LED screen being broken, but I figured maybe the LCDs aren’t working in the screen. This doesn’t line up with the fact that Windows doesn’t seem to detect the screen at all. I tried using the keyboard hotkeys to adjust screen brightness but not even the brightness change dragger popped up on the external display.

Is it possible that the display ribbon cable may have come detached during a drop or something (I’m not fully aware of the devices history)? From what I understood, these have metal cages over them to prevent anything like that from happening. I will add that there is a slight deformity in the display along the top left edge. It looks like the device may have sustained some damage there but the touch digitizer is still working in that region and with a flashlight on the display I don’t notice any obvious cracks in the LED panel. Also, I have my doubts that this would prevent Windows from being able to detect the device.

Has anyone dealt with a similar issue on a laptop/surface book before? I’m having a heck of a time finding anything online.

I was able to fix this simply by replacing the old screen. After looking at it a bit more I believe the backlight had been broken by some of the damage sustained by the device.

Unfortunately, it’s difficult to get a decent screen replacement for these things. There are a lot of different Chinese manufacturers with varying degree of quality that seem to be flooding the market a bit. The screen I purchased was from eBay and the seller assured me it was OEM. I do not believe it is though. My replacement screen has obvious backlight issues as well as green discolorations throughout that are especially noticeable on white backgrounds. This is with little use on the display with no heat on the display besides from just turning it on.

Unless you can buy these things very cheaply I would just stay away from Surface products in general. They seem to suffer from the same issue that the original Xbox 360s had; cheap manufacturing. I feel really bad for anyone who buys these things new. For the $2700 price tag this particular model had new, I would be sorely disappointed by the slew of issues I’ve read about online which all seem to “boil” down to a classic heat issue that is a by-product of a bad design.

congrats for fixing the screen!!! sorry to hear about the bad one though.

did you buy it from pre-owned/used or new if new (and it’s from Microsoft ) than you probably still have a warrantee on it. if it’s not from Microsoft, than you can check if there is a warantee or not

or as you did, replace the screen..

Appreciate the response! I purchased it on eBay with the intention of fixing it. At this point I'm not interested in returning it. :)

It's kind of a bummer that I might need to open it because I hear that it's nearly impossible to do so without breaking the screen. Do you think that's the best option though?

also before you replace it, look on the Microsoft forums page this is the opposite problem though https://answers.microsoft.com/en-us/surf...

Yeah, I'm wondering if I'm having issues with a missing driver or something. I'm going to try a hard factory reset before I open anything.

Make sure to back up everything