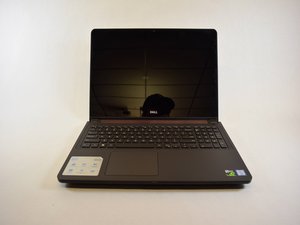 My screen only works sometimes. Is this an LCD, cord, or other issue?

My screen first started having issues with sometimes not turning on after coming out of sleep, but a restart would fix it. Then I was able to solve the issue by disabling sleep when closing the lid, which worked for a little while, but then it would not go to sleep, but the screen would turn off and wouldn’t return even with a restart. Same thing happens if I shut it down, when I power it back on, the keyboard lights up but not the screen. The warning lights on the front are consistent with LCD Failure according to the codes list, but I just don’t understand how the LCD only works sometimes? Maybe that’s a lack of my knowledge showing, but I figured if the screen didn’t work it would never work? Eventually I could convince it to turn back on with a lot of effort, but I have gotten to where I often just keep it on or don’t close it to avoid this.

It does start up consistently when attached to an external monitor like my tv with the HDMI, and the screen will then stay on even after disconnecting the tv. In fact, recently it was having issues, so I successfully started it by connecting it to the tv, then disconnected the tv, and then after that, it would successfully shut down and power back on or even come out of sleep or closed lid without issues… for about a day, then the issue returned. I feel confident I could replace the screen or the LCD cord myself but I have no idea if those are the issue and would rather not waste the money on those if they won’t fix the issue. Diagnostics don’t indicate any issues.

Also, I have had the typical issues with the left hinge and wonder if that could have impacted this or damaged the cord? Any help/insight would be greatly appreciated! Thanks!!

The TV work-around suggests that the computer has retained the state of “monitor not working” in software (drivers) or firmware (BIOS as backed up by non-volatile RAM).

Try resetting the BIOS to default settings, upgrading the drivers, and replacing the button battery that keeps the RAM and real time clock running when the laptop is powered off.