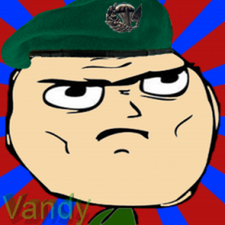 I have a MacBook Pro early 2011 with macOS Sierra in Portuguese. The issue is, my Safari doesn’t follow the language. I have already tried to change the system language for three different languages, and Safari keeps itself in English. Previously, my macOS was Yosemite, but I updated trying to solve this.

Obs:. Hardly ever I can see sentences in the system (like em date and time settings) composed by words in two different languages (parts in Portuguese and parts in English)

Obs/2:. When I change the system language, I delete the other. Due there is just one language possible.

Obs/3:. When I insert this in Terminal ” /Applications/Safari.app/Contents/MacOS/Safari -AppleLanguages ‘(pt-BR)’ " I can start Safari in Portuguese, but when I quit it and start again it is in English.

Did somebody pass through this or even have any idea in how solving this?

Got it. For those who need this answer, I could solve this by inserting the following command line in terminal: defaults write com.apple.Safari AppleLanguages '("pt-BR")'. You just need to change the field pt-BR for the language you intend to apply to the browser or particular application.