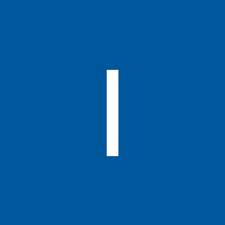 My computer charge ports is not working

I don't know what to do. I really need a computer, I’m low income, I don't know whether to scrap the computer or fix the charging port I really can use you help guys!

OK, so here everything I know: It was running with bad battery 0 percent for a year the charge cord keep it going I wiped the keys done with alcohol like they said fiber clothes the keys stop working so I did something something stupid and blow dry them with a hair dryer it was set to hot I ended up melting the keys! Just a few.

I also hit the charge port with lil heat that while a hour using my computer it just shut of I cut it back on 30 mins later it shuts of again then I cut it on 40 mins cuts off but doesn't cut back on charge port was green it powered on after holding the button for a min then start to boot then cut off start to boot cut of while the charging port light is getting dimmer and dimmer until it wasn't lighting up at all.

That's all I know, can you tell me what I need to do cause I need a computer fast!

Lets start off making sure the charger and the connectors are in good shape. Review this Apple T/N Apple Portables: Troubleshooting MagSafe adapters. Often times its a bad charger or the MagSafe connector on the system is dirty or damaged.

We also need to know which model you have as Apple has many versions of the MacBook Pro 13”. Without knowing what your exact model is we really can’t dive deeper here. Looking on the bottom of your case or using the ‘About This Mac’ menu choice under the Apple you should be able to plug it into here: EveryMac - Look up to find your systems specs. Once you know past the systems URL here for us to see 在已经存在的问题里加入图片

Dan can you help me with this what should I do first replace mag safe thing find a computer guy what dan?

Did you review the Blue URL link I posted above? What did you find.

I went to mac store it didn't light up can you tell me how to find and replacing mag safe thing? Is it hard on my model

Most definitely Fix the charge port, however, first i would clean the contacts on both the charge cable and the macbook with good alcohol and cuetips.

if the port is damaged on the laptop, it's no problem to change it out, and the part can be ordered for a reasonable price.

You've come to the right place!

There will most definitely be a guide here with your machine, or close enough to get you through it.

any other details you can provide about the situation?

Ouuuuh, Ok i see, so it could be a fried board.

What gives you the hunch that it's the charge port?

if you really think that could be it, that would be the cheapest option to try.

If it's the main board, then it may be time to take it apart, and get it under a bright light, and try to locate any discoloration, or 'poped' tiny parts on it. In general, you don't need to know exactly what you're looking at, but be able to locate where some water may have come in from the top-case side, then assess whether or not its worth pursuing a macdoctor (independant repair place), there are many options in the community here. ....OR

Search up the exact model identifier [ie. macbook pro 5,1] and 'early, mid, late 2011 - being the model/date of yours - then go on ebay and give it a week or so and keep searching, eventually your exact model will pop up, and they will be selling it because the screen is cracked, or some other issue, and you can swap-out the boards, keep in mind though, the mainboard is what many people are looking for, so you'll have to jump on it fast!

but like you said, you have the feeling its the charge connector, i would investigate inside thoroughly, take pictures and post them here.

@maegan_mouse - We do try to isolate out which part is bad before recommending replacing things willy nilly. From the sounds of it, it could be just the MagSafe adapter or the DC-In board (part of the system) which need replacing. The fact the keyboard also died also aims us to a possible battery issue here as well. But without more info its hard to say what is needed.