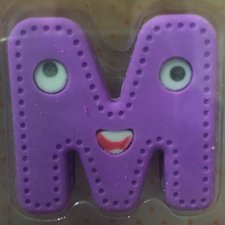 Hi!, Allow me to explain.

A couple of years ago I had to install Windows onto this MBP because of work. eventually, (like a week ago) decided to brought a second HDD and a caddy to give so use to the optic bay, and as I read, on this model shouldn't be any transfer rate difference. So I went ahead and installed OSX on this second HDD, a Toshiba one, 7200 rpm, 500GB.

After a long first installing time, and some inaccurate estimated times (it took around all night long) finally it installed Mavericks, weird but I only had to update. I had in mind that OSX was slower than Windows, but this was way too slow, Beachball every 5 seconds, every time I wanted to open a menu it would take around 5 seconds more of spinning ball, and then finally show up. Could take it, so tried a lot of advices online, and decided finally to reinstall.

This time , the installation was a lot faster, but still once I got onto, slow.. Trying to write on Pages it's imposible, every sentence takes about 10 seconds of delay to be displayed. Word its somewhat less sluggish, at times. Finally I tried to troubleshoot by any means, tried switching the disks, putting the original on the caddy and this on the main, and other software general advices (disk space, delete apps from the dock, check spotlight) but the performance won't change much.

Anyway, today I discovered something quite interesting. Usually the activity monitor will be like on pic nº1, low writing/reading activity, and that goes with a very sluggish Mac, on the other hand, when I copy something or transfer files (pic nº2): everything works like a charm!! I can write on word, see videos without lag on youtube, write this question, or do regular work. actually im copying/deleting some music in order to keep the HDD busy and avoid lag, and it works. 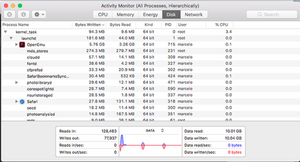 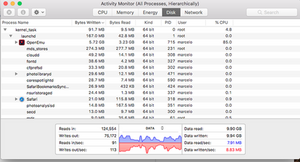 So, I don't know what it could be, I tried to change the only config I know, on energy save, "put the hard disk to sleep when possible". but no change. So here's some info. 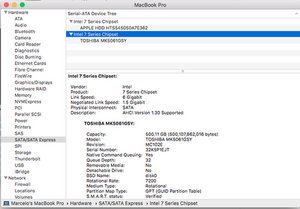 So, TL:DR; Mac's going extremely slow by no logical reason, OSX installed on optical bay HDD (on caddy). and only works normal when transferring files or any work that involves high disk activity.

Sorry to say you are likely hitting the optical drives SATA port I/O problem with your system.

You see, depending on your systems clocking the optical drives SATA port is not really SATA III (6.0 Gb's) as your systems report implies, it can only support a fixed SATA II (3.0 Gb/s) drive. Review the spec sheet of your drive and review the notes in Red in this: OWC Data Doubler. To be clear this is not a carriers fault! This is a PCH issue and the systems clocking.

Remember, Apple never expected anyone to throw in a drive in the optical bay so they got sloppy.

Out of a Jam Solutions

Sounds like your Toshiba HDD is a dud, I would recommend replacing it, and better yet replace it with a SSD for better performance.

If you look at the hardware report you'll see the SATA port is listed as SATA III (6.0 Gb/s) but the link speed is SATA I (1.5 Gb/s) which is the compatibility speed this drive drops to which is what is what I expect it would do given the fact the optical drives optical port has a known issue! You need to use a fixed SATA II (3.0 Gb/s) in this systems optical drive review the link I posted to OWC Data Doubler for the compatibility listing.

I had similar problem. Macbook Pro 13”, 2011, running Sierra and High Sierra (problem manifests in both versions of OS X)

When moving SSD from one bay (main bay or optical drive bay) to the other bay, it would perform very slowly. The SSD seems to work fine in whichever bay the SSD was in when it was originally installed (whether the main bay or the optical drive bay). It was only when the SSD was moved to the other bay that I began to see highly variable read/write times, which at times were normal [400-500 MB/s ], but most times were very [<100 MB/sec].

Note: I have tested both my main bay and my optical drive bay, and both are Sata III (I have achieved read/write speeds between 400-500 MB/s on both bays).

You'll find your answer in your question! SSD slows when changing Bay (between main bay and optical bay)

This person was also facing the same issue! The optical bay SATA port has a known issue in their system.