The third-generation HTC One smartphone which was first released in March 2015. Its major revisions on the M8 design include the octa-core Snapdragon 810 processor and a 20-megapixel rear camera. 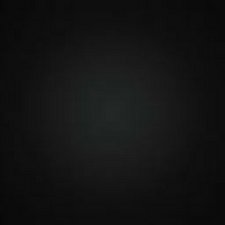 So, a While ago I replaced my phone's screen which was blacked out due to water damage. At one point I had it all reassembled and booting except I couldn't put the back cover on it because the power button assembly was messed up during my initial tear down. However when the phone turned on the cameras worked. Later I went back and replaced that, but now the cameras don't work. It's been like this a while and I've basically given up on getting either camera to work again. In apps that use the camera they are either black or show an undescriptive error without a code and crash. However, twice, rather recently, the front facing camera (selfie cam) has flickered into existance again. I was using Snapchat when suddenly to my shock the camera was working again. The picture was blurry and kinda hazy with vertical lines, and the back facing camera still didn't work at all. Then it stopped working again shortly after. This happened a second time today, and then stopped working again. This makes me think something could be loose, but as far as I can tell without a complete teardown of the whole phone no ribbon/flat cables are loose. Any ideas? Is it just fried?

Noah you mentioned water damage . What was done to fix the water damage to begin with . If the Water damage was not handle correctly to begin with corrosion can have set in and your camera is the first victim . short of another tear down to inspect the connectors theres not much you can do . if both cameras are not working I would look at he motherboard for bad chips . Look for burn marks in the area of the camera . clean the connectors and the board in the area of the camera with IP alcohol 90% or better . keep a close eye out for white powdery areas and clean them . look for discoloration of the motherboard . this tear down guide may prove helpful

Liquid damage not cleaned properly, probably lots of corrosion / liquid under the metal shields which need to be cleaned out with 99% isopropyl alcohol brushing.

Your best bet is probably to take it to a mobile phone repair shop that does micro-soldering / board repairs.

If you keep using the phone you are damaging it more over time from the liquid damage.