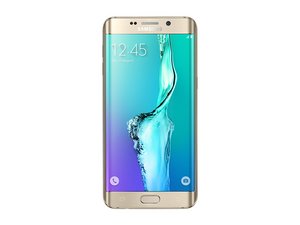 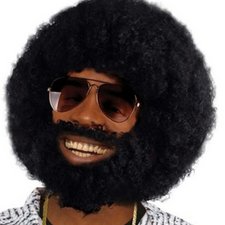 An error occured while updating the device software. Use the Emergency

A friend of mine gave me a phone. S6 Edge plus. But it had some problems so we tried to hard reset it. When I boot the phone it stays on a screen saying 'An error has occured while updating the device. Use the Emergency recovery function in the Smart Switch PC software' The screen stays on for about 30 seconds and then the phone shuts down. I can only do this while the phone is connected to a charger. If it's not connected to a charger, it won't boot up. When I hold the home + power + volume down buttons it goes into ODIN mode. It has been like this since it had the FPR lock on it and we when tried to install some new software on this phone, the PC of my friend shut down. It has been doing this ever since. I tried to hold all buttons and I tried to just hold my power and home button, but none of this works since it keeps shutting down. What can I do to fix this? I tried the software, but it doesn't recognize my device.

Error in the partition drive. I would check a different Software file OR Samsung Smart Switch.

Unfortunately there was a recent update that removed the ability to update software to samsungs original. You can do an attempt to find the file online OR you can download the older version of Samsung Smart Switch that allows you to run the software. It will require the serial number of the device, so if you don't have that don't attempt it with Samsung Smart Switch.

You are correct, a certain version of smart switch allows emergency firmware initialization if needed but I would personally rather flash firmware files via Odin.

FRP lock will also prompt the user to login the Google account that was associated with the account after a factory reset. Also you can bypass Google account lock with guides which you can find on the internet via Google or YouTube.

Here is a guide on how to flash Samsung firmware:

Ben, please listen to the question and/or request before you offer a solution or service.

Thank you Ben, fixed it for me.

hi what about NOTE 9 SM-N960F .how to go to downloading mode after show this message ( An error ha occurred while updating this device software use emergency recovery function in the smart switch PC software ) .

My device(sm-g532f) PRIME PLUS having similar error >I tried to get in fastboot no hope, tried to get in recovery no hope either, If given to samsung care will they able to resolve the problem ? How much does it cost ?

My phone is a Samsung SM-217F model, it is currently showing “AN error has occurred while updating the device software. Use the Emergency recovery function in the Smart Switch PC software. I understand what I must do however, I don’t know how to retrieve the IMEI serial number. Please help.