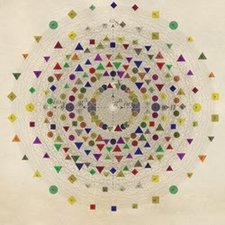 Motherboard is dead, can I recover files?

I recently had my phone die (would not turn on) and took it to a repair place. They said the tried replacing the USB port and were still not able to get it charging/powering on. I have also tried this method, where you use bare wires to charge/power the phone via the wireless charging contact pins, however this also did not power or charge the phone. So I suspect the motherboard is just dead.

However, I have some important information that I wish to recover from the phone if possible. Can I recover files by removing the appropriate storage chip components on the motherboard and soldering them onto a new, working motherboard? I do not have the soldering skills to do this but in principle it should be possible. Whether it would actually allow me access to the files or not is another matter.

I am also wondering if Google Authenticator would still work or whether it would consider itself to have a new MAC address or something and therefore throw an error. Basically getting access to some accounts via Google Authenticator and retrieving some contacts/photos is the majority of why I would attempt to do recover the phone data.

How the data can be retrieved from redmi phone as service shops saying motherboard is dead cannot be recovered. ??

Iam facing the same problem.Any one suggest me help plrase.

how does the data recovered omotherboard of redmi phone is dead

Your data is recoverable either by repairing your device or via a "chip-off" recovery technique. The first requires a micro-soldering repair while the second involves removing the NAND memory IC and using specialized tools and software to recover the data directly off the chip.

Thank you for this helpful answer. Do you know if this will allow recovery of a Google Authenticator account? Also, what sort of price might these repairs cost from a reputable technician?

Price will vary quite a bit, I would suggest around 300$.

Does this repair apply to the Samsung S7 also. I was just told my motherboard is dead but I need the data from it....I was told it's not impossible. Has anyone had luck?

What cause deleted excel files? The most common reason as follow: deleted accidentally, reformat set and so on. The reason why these files are not completely erased from your device’s storage after you delete them is very simple. It is very easy and less time consuming for your device to delete a file’s pointer and make its space as available. It is however very difficult and time consuming for the device to completely overwrite the data. Therefore Android and other systems opt for the easily and fast deletion of the file’s pointer rather than deleting the file itself.

If you want to completely erase the file, a file-shredding tool is useful. Let’s Fonedog Data Recovery to recover deleted files with some easy steps.

Were you able to retrieve info off the motherboard? If so, how? I need too. Thanks!

My motherboard died in my samsung...all I want is all my photos and videos retrieved urgently...I feel my heart is broken as I've lost 5 years of photos...please someone help....I'm stressing...I can't breathe...

i have the same issue, my samsung phone motherboard is damaged and it cannot be repaired i want to recover my data please help me out.

Anyone know of any places that can recover data with our problem...

@melettery Check out my profile ;-)

Me too! Someone has to have an answer for this. Still not sure why Samsung phones are so popular. Still never been a better phone built than a Blackberry. I will NEVER buy another Samsung.

Broke my phone a few mintgs ago whike i was out drinking and now they said its the motherboard and carnt be fixed...i gave photos and videos of me and my dear mother whos passed away 😪 and never get back...there must be a way of fixings this problem.. help...!!!😢