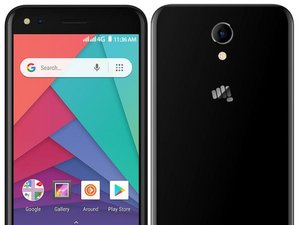 This question was migrated from http://meta.ifixit.com/Answers.

If you're sure that it's not the battery as you have mentioned you changed the battery, then try to figure it out by going in the settings and selecting Battery option ...what's consuming your battery.

Calibrated your battery it should solve your problem.

OS which keeps track of battery capacity, when it is full or empty. The problem is that it sometimes becomes corrupted and starts displaying data that isn’t real, which, for example, causes the phone to turn off before it reaches 0 percent. Calibrating your Android battery simply means getting the Android OS to correct this information so it is reflective of your actual battery levels once again.

1. Discharge your phone fully until it turns itself off.

2. Turn it on again and let it turn itself off.

3. Plug your phone into a charger and, without turning it on, let it charge until the on-screen or LED indicator says 100 percent.

5. Turn your phone on. It's likely that the battery indicator won't say 100 percent, so plug the charger back in (leave your phone on) and continue charging until it says 100 percent on-screen as well.

6. Unplug your phone and restart it. If it doesn't say 100 percent plug the charger back in until it says 100 percent on screen.

7. Repeat this cycle until it says 100 percent (or as close as you think it's going to get) when you start it up without being plugged in.

8. Now, let your battery discharge all the way down to 0 percent and let your phone turn off again.

9. Fully charge the battery one more time without interruption and you should have reset the Android system's battery percentage.

Remember that it is not recommended to perform this process all the time. Even when your battery is so dead your phone won't even turn on, your battery still has enough reserve charge to avoid system damage. But you don't want to poke the tiger with a stick. Perform this process once every three months at the most. If it is required more often than that you have bigger problems at hand.

Put plainly: fully discharging a battery is bad for it. Trying to overload a battery is also bad for it. The good news is that charging batteries automatically shut off when their safe limit is reached and there's always a little in reserve even if your phone won't start. But again: do this only when really necessary, because it does have a negative impact on battery life.

I am having the same issue, I keep charging it jumps to 100% instead of charging gradually...

@Mrinal Bhatnagar Take it out. Thats a huge risk of a fire right there. Whatever you do, dont use the phone. Get it apart asap and get rid of the battery