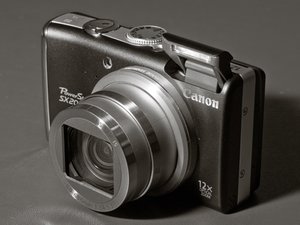 Canon's PowerShot SX200 IS is a 12-megapixel compact camera with manual controls, released in 2009. Features include a wide-angle lens, 12x zoom, and 720p HD video.

reads no memorycard in camera

what format of memory card does this use?

I'm not sure when canon went from CF cards to SD. Look for the SD logo on the camera.

If it just says SD, which may be possible, the largest card it can accept is 2GB

SDHC was announced in 2006, cnet reviewed your camera in 2009, so it may be compatible with SCHC cards which top out at 32 GB

SDXC is anything 64 GB and up and was announced in 2009, so your camera probably doesn't support it.