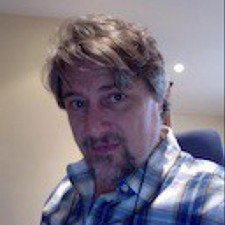 Can't boot in normal mode, only in safe mode

I have updated my Mac mini with a new SSD hard drive. After the update, My Mac couldn't boot in normal mode, only in safe or using an USB boot disk.

I have tried booting from the new hard drive, and from the old hard drive, and always the same, it start to boot, and suddenly the Mac restart again. Some times, few seconds after reboot, other times, some minutes later, so it's very strange.

Using safe mode, I can boot from the new hard drive, and from the old hard drive, both have operating system, and the Mac never reboot.

I have 16GB of RAM, I tried to install the original 8GB of RAM that came originally in the Mac, and happen the same.

I checked the RAM booting in DIAG mode, and left the system checking memory all the day, and RAM seems good.

Furthermore, I have checked the MAC using TechTool Pro, and Etrecheck, and everything seems good, no problems detected.

I don't know what could be the problem, because when the system reboot while booting in normal mode from hard drive, never reboot in the same point, like I told you, it reboot in randomly way.

I don't know what to do.

I have removed the NVRAM booting pressing Cmd+Alt+P+R, and no solution.

Sounds like you cloned the old hard drive. Booting in Safe Mode but not in standard mode = software conflict. Install a clean system on the new drive so that you also get the repair partition. Then during set up use migration assistant to move your data.

What he said (@mayer)

Thanks for your reply. At the beggining I cloned my new drive from the original one, but due to the boot problem I re-installed with new operating system MacOS Sierra. So now I have to bootable hard drives, the mechanical drive with my original MacOS Sierra and my data, and the second one (new SSD drive) with recently installed MacOS Sierra. None of them can boot in Normal mode. I mean, the reboot randomly when I boot in normal mode, but both works well booting in safe mode.

Exactly the problem I stated in my answer. Don't clone. You have moved a conflict or virus into your new system.

Hi Mayer. Maybe I didn't explain well. Sorry. Both hard drive are bootable, the new one (SSD) has a fresh installation with no update or clone. And I did not install any application, so the disk boot with any external driver or application that could generate the problem, only MacOS operating system.

The second hard drive (original) has my data, and applications.

None of them can boot in normal mode withour reboot after few minutes or seconds (it depend, each reboot the time is different), and both can boot in safe mode without reboot. I leave the Mac turned on some days to test.

What is the make and model number of the new drive?

Here's a few things to try.

Is the firmware up to date?

Did you do an SMC reset?

With regard to the PRAM, I vaguely remember that to do a full reset you have to hold it for 3 chimes.

What format did you put on the SSD?

How is the spinning disk connected?

I don't know how to upgrade the apple firmware, but I think is done using the updates from the operating system. I apply all the latest updates before to add the disk.

To do an SMC reset in a MacMini, only is needed to unplug the power cord and wait 30 seconds or more. And I do it.

I have executed a NVRAM reset pressing the Cmd+Alt+P+R while booting.

The disk is formated by the Mac OS install. So the disk will be an HFS+ I suppose.

I don't understand your question about spinning disk. I suppose that you mean how the second disk is added to the system. I follow this link to do it. 为 Mac Mini 中期 2011 安装双硬盘组

Thanks for your help.

Spinning Disk - Now I understand - thought it may have been connected via USB.

Oh - do you have Flux installed? That sometimes reboots or gives me a kernel panic.

For $@$** and giggles, try disconnecting the spinning disk and booting normally from the SSD see if you still get random reboots.

In the new hard drive there is only Mac OS, no applications added, so no conflicting drivers on disk.

Is it possible to try to restore and reinstall MacOS and restore the files.

Start in recover, Hold CMD + R when turning on the mac

Click erase, make sure the format is set to Mac OS Extended Journaled

Click erase, Warning: ALL DATA ON THE SSD WILL BE ERASED.

When done, reboot the mac and test

Just had the same issue with the same machine and HD . I had just imported some mini DV footage via Firewire using quicktime . Dumped the footage to an external and trashed the file on the Mac. It hung and would only restart in Safe mode.

I think upgrading to an SSD will fix most High Sierra issues as most I am having are with SATA spinners. All my other machines with SSD work great.

Oh the days when APPLE JACK used to fix everything!

I have a Mid 2010 Mac Mini and I installed a Kingston 480 Gb SSD last year. If I keep it always connected to the energy plug, it boots in Safe Mode only very occasionally, but when I started to use a energy stabilizer that is turned off after I use the computer, then it always boot in Safe Mode. For sure it has something to do with the PRAM, but in my case, all I need to do is to restart (soft boot) and VOILÁ! Everything works very smoothly without any issues so far. It runs macOS Sierra and I still didn't upgrade to newer versions not only because it's old hardware, but because I concern there will be problems with Apple's new file system (APFS) that converts and treats SSDs differently…

I’ve noticed in the past it runs hot and sometimes it shuts itself off.

Lately I haven’t been able to start it up in normal mode, only Safe Mode. Then when I try to restart, it stops and turns off soon after Apple appears.

I haven’t tried reset PRAM since it won’t boot. I have unplugged it multiple times. In fact I can only restart it after unplugging for awhile.

I’m wondering if it has something to do with the onboard battery, maybe it’s dead. Would that explain my problem or yours?

I tried swapping out the onboard battery (what a job!) and it didn’t fix my problem. I wondering if it has something to do with the 2nd 750 GB seagate momentus SSD.