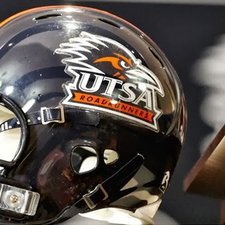 About 5 days ago, I started getting random shutdowns. It isn't really going through a shutdown sequence I don't think, as there is no "dial". The screen goes dark, but there is still a glow to the screen. The keyboard light stays on for maybe 10 seconds, and then the computer turns off. When using the battery, it seems to happen more often, but it doesn't always happen when using the battery. Seemed to happen a lot around 60-70% battery. Sometimes it happens at 100% battery, plugged in or not plugged in to the original Apple recharger. Everything looks fine in coconutBattery. Sometimes it happens once every hour, sometimes it won't even let me log in. Temperatures look fine using Hardware Monitor. I was able to discharge the battery twice to 0% using Safe Mode. Sorry I don't remember if Safe Mode completely fixes this problem... seems I had a couple shutdowns while using Safe Mode too, but I can't really remember. So I'll try it again in not-safe-mode after I get it to 100%, but I'm not optimistic that the problem will be fixed. It seems I was reading solutions that maybe don't apply to my particular MBP. So to recap, this is what I've done:

2. reset NVram/pram and reset SMC through various methods, including the official method (10 second hold with charger unplugged), and including disconnecting battery and holding power button for 2 full minutes.

4. ran D diagnostics at startup, it found no problems

I am trying to meet deadlines for my Master's Thesis, which is why I'm posting this now, instead of waiting until after my Apple Store appointment, or waiting until after my battery cycle experiment. I'm not optimistic that either of these will be the solution that works. I'm not replacing the logic board! I'll much sooner sell this thing for parts on eBay and buy another lightly used one. Mine has seen very heavy use for 3 years. But I'd rather just fix it!

Oh, one more thing... when I log in to my administrator account, the screen flashes with horizontal white bars covering about 25% of the screen. This seems quite odd to me.

Did you bang or get your system wet (spill a drink) at some point?

Yes, may have banged, maybe a couple weeks ago? Possibly a week ago? That happens. My system has a lot of dents. But I don't think it got banged overly hard. And the problem built up slowly and got worse. But that could be it. Is there a part I can replace? BTW I finished the 2nd battery cycle test and the problem still exists.

If your drive has space then you likely have a more severe problem thats going to need deeper testing.

No liquid was spilled at all. I erased the SSD and reinstalled from Recovery. So I have tons of free space, and virtually zero extra software installed right now. So I guess I have a more severe problem. Can you recommend any deeper testing tools that preferably don't cost too much? I noticed TechTool but it costs $99. Don't want to spend that. I guess I will see what happens at Apple tomorrow.

I just realized that the flashing horizontal bar phenomenon happens when logging in at the 2nd login screen when using Safe Boot. Doesn't happen at the normal login screen. So anyway, that might be normal. The only software I added after reinstall is VLC, coconutBattery, and Hardware Monitor, and Geekbench. So 236 GB free. Thanks very much Dan for your help!

There is a another software fix, which simply disables (through renaming) the Thunderbolt Ethernet driver in macOS (see here for full details and instructions). Works much better than the above mentioned app by Real Mac Mods (which keeps the CPU busy), but downside is that Thunderbolt Ethernet is gone and system must be re-patched after every macOS update.

However, there is a permanent fix, as I just figured out:

I bought a bunch of 512 GB Apple Samsung SSDs last week for resale, of which one was intended to be an upgrade for a 'random-shutdown' MacBook Pro Retina (15" Mid-2014; it worked OK with the Thunderbolt-Ethernet-Driver removed ... but then of course lacked the Thunderbolt Ethernet).

The MacBook had an Apple Samsung SM0256F (so an F-Type; Model ID MZ-JPU256T/0A6) installed when bought. Did blank out after a few seconds, fans spun up, followed by shutdown shortly thereafter. The known problem.

Even better side effect is that according to Blackmagic Disk Speed Test, the G-types are significantly faster than the F-types.

I assume that the G-types have more PCIe channels, which perhaps draws a bit more power, thus likely prevents the CPU to cross that low-voltage threshold, which AFAIK causes the shutdown issue. See here for more info on the various Apple SSD models, wherein the PCIe channels differences are described.

It remains to be tested, if this only did the job in my particular random-shutdown MacBook or if it works for your MacBooks as well.

I have just tried your method which changing harddisk with G model. And it's looks like it does work perfectly,. I was wondering does you macbook still works?

I'm about to take this suggestion because none of the other ones worked for me. Not even the python script, nor the thunderbolt disabling ... But before I decide I'm curious if the Macs that their SSD were replaced, are still working fine or the issue has appeared again?

I can confirm Hardware fix of this problem.

All work perfect without removing drivers on 0A4 ssd!

Hi, should this SSD prevent the CPU to cross the low-voltage threshold?

Just add some clarity to this issue. The issue is without a doubt related to a low voltage state being asserted in order to improve battery life (slightly). The voltage is too low to be stable on this CPU. When the cpu goes into this state it will silently crash (as you are seeing). This is also why it happens more frequently on battery.

This was observed with external voltage monitoring equipment, as well as with the Intel Power Gadget.

We developed a simple app that ensures this low voltage state will never be asserted, and thus the crash will never occur. Guaranteed to work, and has already been used to fix many MacBook Pros all over the world.

I purchased your app a week ago with paypal and have not been given the opportunity to download any software or received anything. What is the issue?

Sorry Chris, it looks like the automated email either did not get sent, or got caught up somewhere along the way. It is my understanding that your download link was manually sent this morning. Please let me know that you have received it.

This fix has not worked for me, it still shuts down randomly.

I also tried this out and haven't had any luck, still experiencing shut downs. Any further analysis to be done?

I’m sorry to say, it sounds like your logic board is bad to me. The Apple store can check it in and run a couple stress test diagnostics on it to confirm. But you’ve gathered enough information from a couple angles, I feel pretty confident in my analysis.

I took it to Apple and the Genius said they'd have to send it off for stress testing. He also made my day by telling me I still had AppleCare. I thought it had already expired. I'll keep you updated.

Did you get an answer? I have the same experience with my mbp

The problem is not a bad logic board. The problem is a software change Apple made to power management around MacOS that lets the voltage in the cores fall too low and the CPU halts. Google NoCrashMBP and check it out. Also, see the post by "Real Mac Mods". I tried it and it worked great for me.

Worked for me too. Problem had persisted even after logic board replacement but solved by nocrashmbp. MacBook Pro (Retina, 15-inch, Mid 2014)

I did the RealMacMods and I can tell you, it fixed mine. Easy as pie.

Im still having random shutdowns, even though that I have tried all the following solutions:

NoCrashMBP (RealMacMods) as well as another 3 level no crash python script, from a German Mac/computer specialist workshop.

I have even put in a new fan with new thermal paste on.

I’m now using Macs Fan Control as I noticed that the fan ran at 1399rpm as a default, and It didn’t increase in speed when I did CPU heavy tasks.

I now simply have no clue, to what my next step should be to resolve this quite annoying issue.

I’ve tried to get a crash report, when it shuts down, but as far as I am concerned I can’t get any or find the location of it.

Does any of you have any experiences to share regarding my situation?

SOLUTION FOUND! I have a MacBook pro with the same issue. I found connecting and external monitor or TV with the HDMI cable corrects the issue. I then purchased a CompuLab Display Emulator on Amazon for $8.50. It's a small dongle you connect to your HDMI port. It fools the laptop into believing it has an external monitor connected. The dongle eliminates the need for the external monitor. Better than an $1100.00 board. I put the link below.

P.S. I tried all of the solutions out there and none of them worked for me.

Best Wishes to you all,

I found this solution on StackExchange and it worked like a charm - thanks to user user3439894 (source):

Mine is doing this too often now, what is the permanent fix? A logic board will do it? I don’t want to trade it, not ready to spend 1700 to get a new one.

Any suggestion is greatly appreciated.

I am the original poster and I abandoned my 2014 Macbook Pro because of this problem. I still have it, I just don't use it much. However I did turn it on and update to the latest version of Mac OS and no problems so far. If the problem still exists, I think an SSD replacement as mentioned above might be the way to go. My old 256gb SSD has seen heavy use. I might also try deleting the thunderbolt ethernet kext as suggested above, but perhaps the OS update fixed the problem. I also had a similar problem with my 2015 Macbook Air, and that was related to a problem that occured during sleep, maybe related to that CPU issue mentioned above? Or my aftermarket SSD adapter. Ether way, probably best to get an accurate diagnosis and go to an Apple store for diagnosis if you live near one. I myself am in the process of choosing a Linux distro for my new 17" LG gram, because it is much lighter, with a much bigger screen and better ports and upgradeable RAM and SSDs. I really feel like I've been living under the oppression of Apple for too many years.

Real Mac Mods' software is the only current solution to this issue. You cannot remove .kext files anymore using the terminal. Download the software and run it. I bet this will solve your issue. It's a pretty cheap solution to try. Fixed my random shutdowns. https://realmacmods.com/product/macbook-...

this fixed it for me , same problem — stable up to now , experienced no more crashes since install.. 10 Dollars ..

Thank you for sharing. I tried it last night, the laptop is still running with no issues. Yay :)

Thank you, Thank you.