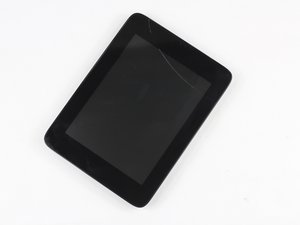 Why is my tablet screen frozen?

The tablet's screen sometimes freezes and does not respond to the buttons input.

When asking questions you need to be more specific. for example how far into the bootup do you get before it crashes . Or has anything happened prior to the crash cycle. did you drop it was it exposed to wet, dust, humidity. the more information given in the question the better you answer will be. If i was to answer this question on the information given Id probably tell you , "Because its broke". As a student on ifixit shouldn't you have more insight into asking questions with more info?

If a Cruz T301 is not responding to a firm press of the power button and the screen is frozen, a full reset can restore its quality by:

1- Press down the volume up and power buttons at the same time so that when you see the screen displays the Cruz logo, release the buttons.

2- This will take time from 2-5 minutes until you see the graphic of the Android robot appears.

3- Then, immediately hold down the power button.

4- Press the volume up button and release the power and volume button at the same time.

5- From the screen, Go to the menu option by using the volume up and down buttons.

6- Make selections by pressing the power button so that the Cruz tablet shut down and restart itself while survey the memory and restoring the Android settings.