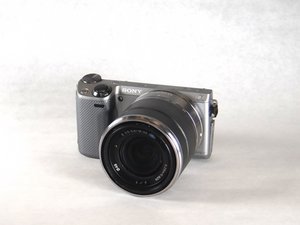 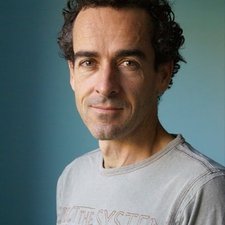 Why is my camera not recognising the camera lens?

My SONY NEX-5R when turning on, gives the message "lens not recognised attach properly" when the lens has been correctly mounted?

I have a SONY NEX-5 with the same problem. I do know what the cause is in this case because I caused the problem. I damaged the camera myself, squashing the first, second and third lens contacts on the camera body by attaching a poorly fitting telescope adapter. The damage is visibly serious, and I would appreciate suggestions that would help me repair it.

I infer from my experience that any such problem is related to failure of electrical connection between the lens and camera. Dirty contacts are one possible source of difficulty. I suggest that finding a colleague with a SONY camera with a compatible E-mount lens would help in isolating the problem. Interchanging lenses between the cameras should tell you where the problem lies, in your lens, in your camera, or on the contacts themselves. Visual inspection of both lens and camera body electrodes may reveal your problem. If a body electrode is not protruding as far as others that may be the problem.

I have been quoted a service price of $300 Canadian by a local repairman, but I would rather spend $548 US to replace the body with a SONY a1600 if I have to.

Googling indicates many people are having this problem. The only affordable answer I've found - but not tried yet - is a paper shim, discussed on a DP Review forum.

I know this is an old thread but maybe there are still Nex users with this problem, so i hope this will help you. Don’t pay much money for repairs or throw away your Nex, that’s not necessary!!!!!

”My” solution is from a german DSLR and DSLM forum. The contacts are not dirty, they are CORRODED!!! I have/had the same problem and brought my cam to a Sony partner. Diagnose was a broken power line on the board. Repair = about 250-350€ —> never ever!!!!! I bought last year a used A6000 for 400€, so i’m not crazy to pay for the repair of an old Nex-5 about 300€. Anyway…. i browsed throug the internet and found people had the same problem and one guy (a technician) told that he solved the problem with a simple contact spray for about 5€. ;-) So i gave this a chance… bought such a spray and “cleaned” with it carefully the contacts (on both…. the cam and the lenses). Then i gave away the cam for a few days to let the contact solution work. And guess what….. after these few days the cam worked as fine as a new cam. :o)

But the problem is, this “defect” is WANTED by Sony!!!!! It’s “planned obsolescence”. So the problem is solved only temporary. That means for a few years. ;-) Then the contacts corrode again. I bought my Nex-5 in 2010 i think. First time i had this problem was a few months after warranty was over. :-( Perfect timing from Sony. But i could “repair” it as i discribed. Now we have April 2019. I had the problem a few weeks ago again…. took out my contact spray….. everythings fine again for the next few years.