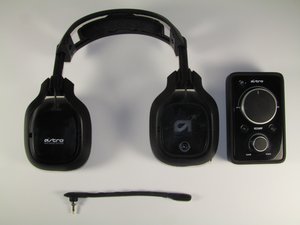 A video gaming headset with a detachable microphone and an optional Mixamp Pro to balance game and voice audio. Compatible with Xbox 1, Xbox 360, Playstation 4, Playstation 3, and PC. The "Gen 2" A40 headsets were released between 2014 and 2015.

Do sounds seem reversed while using the headset?

When sound sources that should be coming from the left or right come from the opposite side of your headset.

I have the same problem someone please help asap.

The next connection on the plug down from the tip is known as the 'ring' and it is used for the right speaker.

If you get a connection from the tip at one end to the ring at the other your cable is reversed.

If your cable tests OK it may be that the wires in the headset itself are reversed.

Either way I suggest that you contact the manufacturer as obviously it is a production fault, as I assume that the headset cannot be worn or altered to suit.

The image shows typical connections. Usually it is only the microphone connection that may vary, unless the manufacturer wishes to have a 'proprietary' connection setup which forces you to purchase their product, (until you work out the connections yourself , of course). 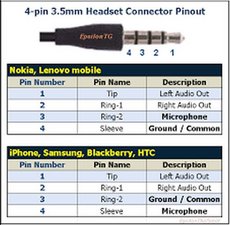 its basically pretty easy. i had this problem but i solved it in few seconds.

Is there a video that shows you how to do it?

It was exactly the problem. Awesome. Thank you

Make sure your headset is on correctly. Your left ear should be listening to the speaker labeled with 'L'.

I have the same issue please help!