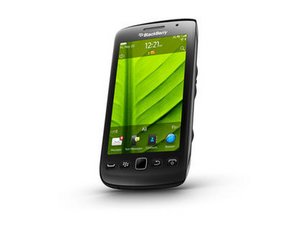 Blackberry Torch 9860 is a full-sized, touch screen phone from Research in Motion.

phone freezes at reboot half way

Hi, my bb freezes half way through the reboot and when i tried using the desktop manager connected to my phone when its almost done it will say error occurred and not recognizing my phone..what is another ways out of fixing this problem?.However, if it is hardware problem how can that also be fixed manually without spending money having to take it to phone technician??.. Hope to hear from you ASAP as it it s d only phone i have and very important numbers and documents i have on there which i can never retrieve forever. PLS HELP ASAP

I've read a lot of negative reviews with these phone, and I've got this since last month and now I'm experiencing the same issue - I was disappointed since I'm really looking forward to have a touchscreen BB phone. I used 9320 for almost a year and I never had an issue with this. First it took me more than 24 hrs to use the phone when this issue happened, but now it is not working. Totally a waste of money I'm working in a telco company but it seems that I was too excited to have the trial version of BB with touchscreen phone. And yet these hasn't been resolved and all I see is referring them to BB tech support...

my phone has the same problem, please guys we need solutions now

me toooo , a great disappointment

the phone is giving me a hard time i have tried flashing it with the software i think should work but nothing is coming up, should i just flush it down the toilet?

I had this exact phone and they can be problematic.

A few things to try

I have just had this exact problem and lots of googling searching brought me to this unresolved post which i thought should get some closure.

I had this issue, and no amount of OS repair, factory resetting, wiping, using JL_Commander, BBSAK or BBDM features would recover my Torch 9860 until I came across this thread;

I believe the difference with this all in one script is the small exe that actually formats the device sector by sector - it even wipes any stored pins from the device - thoroughly cleaning the ram out rather than just deleting apps and re-stamping the OS.

I used options 2,3,4 and 6 as I could not lcoate the nal.exe file for the 9860, and after using this program, I then re-installed my OS to the phone using the loader.exe, but I am sure at this point, the BBDM repair options would have worked aswell. You probably only need options 2,3 and 4 really as the OS load can be done with loader.exe or BBDM

After a succesful rebuild, the phone takes a long time to boot (about 10 minutes - no joke) but it does eventually boot (you do see the white bar move V E R Y S L O W L Y after where it normally gets stuck)

Hope it helps some others out with the same issue.

can i retrieve my images from the phone's hard drive after this process?can i get all my images intact after this?

non of this is working for me now I cant even log into the phone it freezes the moment the screen shows......help me out please

my bb mobile is freezed at 60-70% at the time of booting, i tried to reload software but its not completing, data is not important, but i am unable to format the same device by device manager, incase any one help me out ple email at:

Had the same problem with mine. I downloaded my phones soft wear from the correct carrier from the main black berry site and I used black berry tool to format the phone and I re loaded the soft wear and he not had any more issues

I found my blackberry 9320 just recently and I want to have a quick look on there because I haven’t used it since 2011 or something. There’s is one big problem tho as sometimes it will get stuck 3/4 of the way or it will finish loading but won’t move off the loading screen. Either that or it doesn’t eventually move off it and will sometimes just show up the network I’m on which was vodaphone and freeze or it will show up the clock and freeze on there. The other night it did come on and was working perfectly fine. However in the morning it just started doing the same thing again as I’ve mentioned in the beginning. Someone please help I know it’s old but I’ve got a lot of things on there. I have tried literally everything from taking the battery out to holding the escape button and lock button held Alt,Shift and Delete anyone got any ideas it would be great thanks