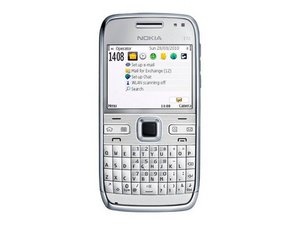 A Nokia E-series smartphone with a physical QWERTY keyboard and Optical Navi Key. Successor to the E71. Released in 2009.

Enable GPS even when phone is off

I was just thinking other day when I lost my E72 , had there been a utility which could make the GPS work even if the phone is off in the background to run it so that whomsoever steals it can be tracked? Is this possible.. it can remain on in off position of the phone with battery in and just transmit the location to the satellites from where it could be tracked using some google earth or some other software which track GPS id;s.

first of all - that would be not possible with a regular phone - there are some hacked phones "in the wild" - but that is something different.

the network could always track them if they are in the range of the network. ever layed a switched off phone beside a clock radio ??

BUT - the network didn't collect those data - to store that amount of garbage data would become huge - and normally none needs that.

i thought the IMEI of the phone is handed over to station during the handshake between phone and station. Some companies already deny the service to phones with a IMEI tagged as "stolen".

thats right, some networks do that - but the imei can be changed on the most phone types

I didn't knew that. I thought that the imei is unique and stored in a ROM.

also right, for example - 8 years ago, there was the nokia 6310i - the first nokia whith the imei in the eeprom, it took only a few days and the "scene" found out that someone could overwrite the imei with 12v on the right spot. today they use jtag interfaces, replica service tools and many things a "normal" user wouldn't think of