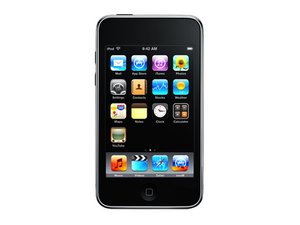 Why is my screen flickering when I wake it from standby?

I have an iPod touch 64gb, jailbroken with redsn0w, and I have been having problems with both my screen flickering with white lines after I wake it from standby. As well, my home button sometimes feels unresponsive and laggy.

I am reasonably sure that the jailbreaking is not the cause off the issues, because even though I have made many modifications to the file system, and other aspects of the firmware, I have gone through both an iTunes restore and a DFU restore, which fully erases the file system, and the problem still persists.

I do not want to trade my iPod in to Apple because if they give me a new unit I will not be able to jailbreak until a new exploit is released. So I am now wondering if I need a new LCD/Digitizer, or if there is some trick I can use on my own to solve the problems.

Thank you for your time.

The screen is not functioning properly and to use it you would need to replace just the screen. The top digitizer is fine and is working properly.

OK, would I need to send it to a store for repair, or is it something someone with very little technical background would be able to do? Also, I've googled some local (Toronto) repair shops, does anybody have an idea of a good one in this area?

well, you don,t know how too fix it and neither does craig white the owner of rangers football club what you need too do is download( the fat burds guide too disco dancing) with the add on app handbags in circles 14.0.1 beta version do load these to your pc or laptop

next step... turn on the tv sound to max volume and bang up too the neighbour up stairs too keep the noise down with a brush pole