Changing my first 4th gen iPod touch screen and lcd. Step by step guide worked great until I noticed that the LCD had an independent cable going to it that was not listed in the guide.

So I checked model numbers and according to Mactracker it is a 4th generation IPod touch.

Just to clarify: the cracked glass had a wide connector that was released first and the long thin cable that was released from the back of the motherboard. The cracked LCD had another cable coming from the bottom of the screen and going behind the motherboard. My replacement LCD and display combo doesn't have that cable, the guide doesn't show that cable. Where did it come from? Where does it go?

To further clarify, I don't have two connections, I have three. Unfortunately in manipulating the device the third cable ripped. I'll try to include a picture. 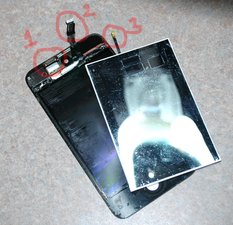 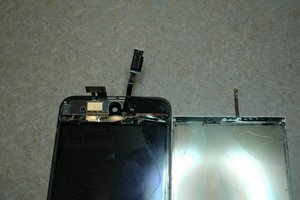 The two connectors on the glass released it from the iPod but the cable to the LCD was still stuck to the iPod until I broke it.

Normally you have the connectors on the logic board and two on the screen.Parts number 3 on your pic is the light frame on LCD and normally this flex is soldered to lcd flex. 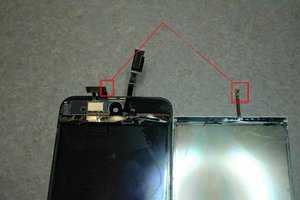 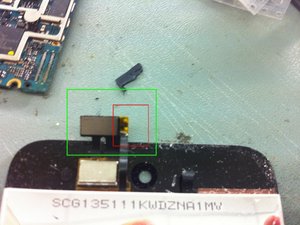 Hello, the Ipod touch 4th gen has a digitizer and a LCD which both parts have a independent connector. 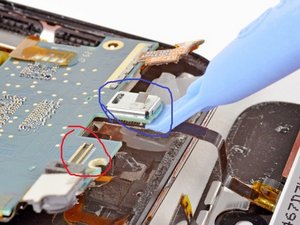 The connector you are looking to attach goes here at the RED marked location.