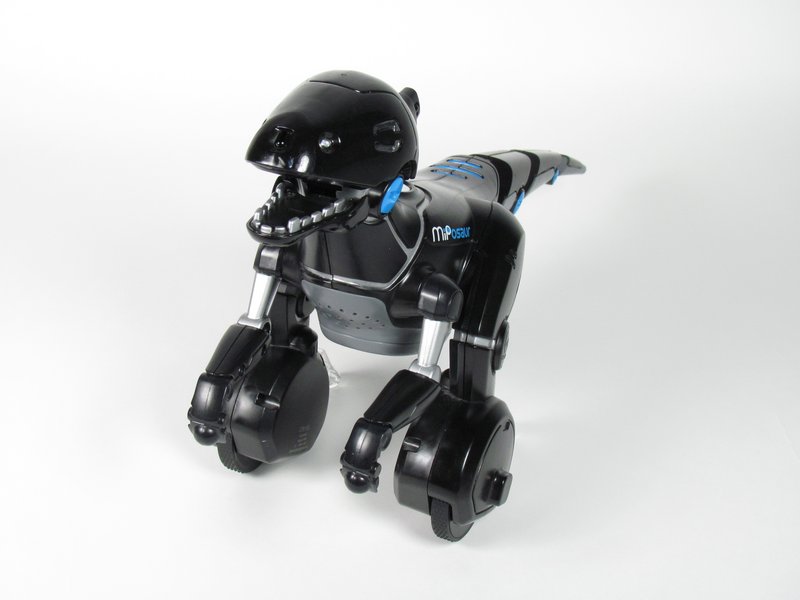 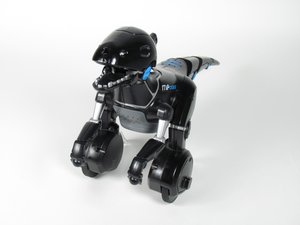 This troubleshooting guide will help you to repair the WowWee Miposaur toy dinosaur robot. This device was released in 2015.

Miposaur will not turn on

Power switch is turned to the “On” position but lights do not turn on and Miposaur remains unresponsive.

Check to see if switch is intact. Make sure it has a textured end that protrudes outside of the switch area enough that it can be easily moved from side to side. If the switch is broken try to move it to the on position, if it still does not turn on there may be internal damage or there may be an issue with the batteries, if so see the next section about low or dead batteries. If the switch is intact ensure that it is completely in the “On” position. It may be the case that the batteries are low or dead and in that case you should consult the next section.

Batteries may be low or dead

The batteries in your Miposaur may be dead or too low to power the toy. In this situation you should remove the batteries and replace them with new batteries. You can follow our battery replacement guide here.

Miposaur turns on but does not move

The Miposaur lights up and makes sounds but does not respond to commands.

Miposaur is on an unsuitable surface

Miposaur does not function well on slippery or very malleable surfaces, it must be placed on a carpeted or hard non-slippery surface.

The wheels are jammed or damaged

If the wheels are worn out, Miposaur may not go in the correct direction you want it to go. Try replacing the wheels. If you need help, refer to the replacement guide.

Objects can easily get stuck in between the wheels. Turn Miposaur over and inspect the wheels to make sure that nothing got caught in them.

Make sure you move your hands slow and close enough to the sensor so that Miposaur can pick up on your movements.

You were using the Miposaur mobile app and it suddenly crashed.

Trying to access the “Settings” in the Android version currently automatically crashes the app. This should be fixed in an upcoming update but for now just don’t try to go to “Settings” or try using an iPhone or iPad.

You may have been using the “Follow” function in the app

Miposaur is not making noise

Miposaur responds and moves yet does not make sounds.

The speakers may be blown

The speakers may start to sound distorted after extended use of the Miposaur. The speakers may have blown out due to overuse. We recommend looking at the speaker replacement guide for directions on how to fix this issue.

There are loose wires in the speaker assembly

It is possible that the wires on Miposaur have become disconnected due to damage to the device or overuse. We recommend checking the speaker replacement guide to fix this issue.

The sound settings on the app are turned down

Open the app and access the "Settings" section. Increase the volume to the desired level. Note that currently this will not work in the Android version of the app.

The batteries are low

If the sound is coming out mumbled or quieter than usual, even on the higher sound setting when using the app, you may want to check the batteries as they may be dying. If the noise issue is due to low battery, consult the battery repair page here.

What if miposaur isn’t playing with his trackball

I found a glitch involving MiPosaur’s battery power. When the batteries get too low to get the device through a startup sequence, it may skip the sequence and continue to the “Low Energy“ sequence. Upon draining a small amount further, the toy plays a *squeak* sound repeatedly. However, the toy may not have enough power to play the sound and reboot upon playing it, which causes the sound to not be played, except with long-lasting batteries.

Using a CHiP SmartBall or SmartBand with a CHiP connected can confuse MiPosaur and activate a TrackBall mode.