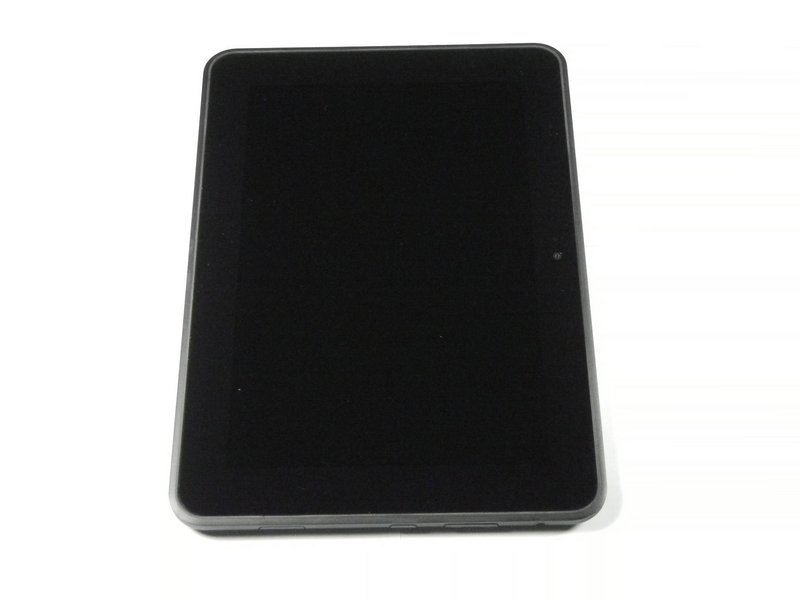 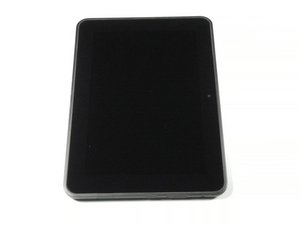 So your Kindle Fire HD 8.9" has begun to malfunction in some way or another? Have no fear! This handy troubleshooting guide is designed to help you get down to the root of the problem -- and fix it too. With a little determination, your Kindle should be back to working order in no time at all.

The Kindle won't turn on

No matter what you do, you can't get your Kindle to turn on.

The battery is drained or bad

If everything is in working order, but the Kindle still won't turn on, the problem may be the screen. If there are visible cracks in the screen, it is damaged. You will need to install a new screen. To repair the screen, refer to the screen replacement guide.

The battery does not charge or dies quickly

The battery seems to run out of life within a couple of hours, and the Kindle freezes or shuts down.

The charger is damaged

The charger port is damaged

If you can't get your Kindle's battery to charge, even when using a working charger, then perhaps the charger port has been bent or damaged. A bent charger port may be especially obvious if the charger jack does not fit or does not remain connected to the input when plugged in. If this is the case, then the input should be replaced. To replace the charger port, refer to the charger/micro HDMI port repair guide.

The battery is damaged

If your battery is running out within a few hours, it may be damaged. Batteries are prone to damage from continual use and are not designed to last forever. Plug your Kindle in and turn it on. Wait until the battery icon indicates that it is fully charged. Now unplug your Kindle. If your Kindle shuts off as soon as you unplug it, then your battery may be worn or damaged and in need of replacement. To repair the battery, refer to the battery repair guide.

The screen's image is distorted or has dead pixels

The Kindle's screen image appears warped, fractured, blurry, has dead pixels, or is distorted in any way.

If your beautiful HD screen has turned into a mess of dead pixels and colorful blurs, it is most likely damaged. Try restarting your Kindle, or even leaving it off for 12 hours before turning it on. If the problem persists, then the only remedy is to get a replacement screen. To replace the screen, refer to the screen repair guide.

The screen is non-responsive to touch

The screen won't respond to my fingers at all.

The screen is frozen

Frozen screens can be very frustrating. Similarly to computers, our smaller devices can freeze up. Your Kindle may have frozen, so reboot your device by holding down the power button for 10 seconds and letting go. Once your Kindle shuts off, turn it back on. If the screen was just frozen, restarting the device should fix the problem.

If your screen refuses to respond, no matter what, it may be damaged. Try to see if you can spot any physical damage on the screen before you determine if the screen is broken (any damage that impedes the use of the device is too much. If it is, you will need to replace the screen. To replace the screen, refer to the screen repair guide.

The sound is nonexistent or distorted

No matter how high the volume, no sound is coming out of the speakers. OR The sound coming from the speakers is inaudible.

Your headphones are plugged in

The speakers are damaged

If the sound coming from the speakers is distorted, muffled, static, or there is no sound at all, then the speakers are damaged and you will need to replace them. These symptoms could also be for only one speaker (e.g. the left speaker is normal, but the right speaker has static.) To repair the speakers, refer to the speaker repair guide.

The sound coming from the headphones is nonexistent or distorted

Your headphones are damaged

Your headphones have to endure the outside world, and in everyday life they get damaged easily. If the headphones plugged into your device are producing questionable sounds or no sound at all, the headphones may have an issue. Try plugging your headphones into another device to see if the sound is still as bad. If it is, you may want to look into getting new headphones.

The headphone input is damaged

The image from the HDMI port won't appear

Even after plugging a micro HDMI cable into the Kindle, the image does not show up on the other device.

The input on the other device is not set correctly

There is often a special setting for getting a device to work properly with an HDMI cable. So let's say the second device is a TV and you're trying to get the Kindle's image to show up on the TV. Well, if the TV isn't set to display the correct input, then you won't be able to see the desired image. The same sort of principle works for projectors and even some computer monitors. Consult the other device's manual on how to switch to the correct input. If all is well, the image displayed should match that of the Kindle's screen.

The HDMI cable is damaged

If either of your two devices (i.e. the Kindle or the device that you wish to display the Kindle on) do not recognize the HDMI cable when plugged in, then the cord may be damaged. You can test the HDMI cable by replacing the cable in question with a guaranteed working one to test if it is a faulty cable. If the image is able to display correctly with the new cable, then the old cable is the problem and needs to be replaced.

The micro HDMI port is damaged

Forcing a micro HDMI jack into the port at an incorrect angle or orientation could damage the port. If the input on the device you wish to display the image on is set correctly, and the cord you're trying to use works, then the port could be the problem. Replacing the port with a new one would easily fix your problem. To repair the micro HDMI port, refer to the charger/micro HDMI port repair guide.

How much would it cost to repair the audio input in a Kindle fire hd?

I'll bet there's no fix for my problem! I'm on my forth Kindle Fire HD 8.9 the last three in a row power off when I touch it or power on when I bump it. This has happened three units in a row and no one seems to have a clue! I've talked with the techs and they have me send the unit back only to have it do the very same thing right out of the box! When I'm trying to watch a movie I have to sit the unit still because if I bump the bed or touch it...it goes out and I have to go back and find where I left off. It does it with or without it being plugged in, in the case or out of the case! I've never been so frustrated with something in my life! I first thought they were sending me the same unit back each time until this last time I still had number 3 when number four arrived at the house....this is maddening! Other than going blank all the time I like the Kindle a lot...I have a 7" that's been wonderful but I'm frustrated beyond what anyone could imagine about this!

By 8.9 inch of Fire HDX is stuck in tutorial mode.

I have had my kindle fire hxd 8.9 3rd generation for a year and a half I have had no problems, as a matter of fact this is #3 of the kindle fires I own. Today it started doing a very weird thing, while I am watching an HBO Now video, the screen starts to flicker, then I loose the video but the audio keeps right on going. I have searched and read every trouble shooting guide, and have found no issue like this as being reported. I have done a reboot, and it still is playing the video for a while then it starts to flicker, then I have a blank screen but the audio of what I am watching continues on, until I stop the video. Has anyone else had or is having these problems??? If so please let me know how you repaired this issue. Thank you

Fixed a problem with my wife's new Kindle HD8. It would start but when the lock was swiped it would shut down. If the case was open, like a book, the Kindle would work. But if she flipped the cover all the way around to the back, it would shut down. Turns out we had the case on UPSIDE DOWN (covering up the camera, incidentally). We reversed the case and everything works fine now.