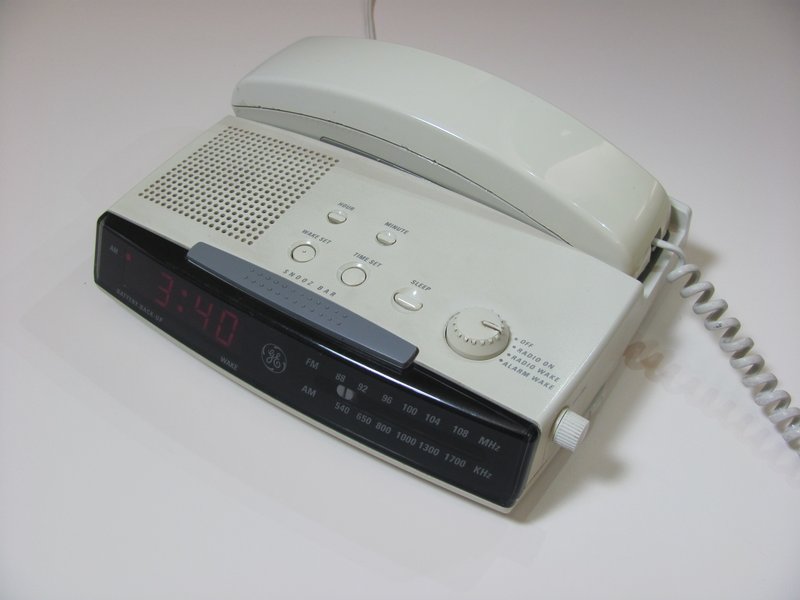 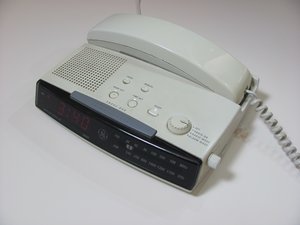 The G.E. Telephone 2-9710A is a wired telephone integrated along with an AM/FM radio and alarm clock.

Your phone has an internal phone book stored in internal memory. There is a problem if saved numbers are deleted or if you're unable to store additional numbers.

If you are unable to use the phone book or if numbers disappear, it maybe due a lack of power. The handset draws power from the phone line, first make sure that the phone is plugged into a wall. The handset's memory is powered by a internal lithium battery, replacing the battery could fix the problem. To replace the battery use the batter replacement guide.

No Sound Coming from the Speakers of the Radio/Alarm

If there is no sound coming from the speakers from the radio or the alarm, then the problem may be dead batteries. To replace the batteries use our repair guide.

Radio Unable to Tune from Slider

With the radio turned on, the tuning/seeking slider doesn't move or there is no change in station.

If you are unable to move the slider at all or it's very difficult, it maybe due to a lack of lubrication. Re-lubricating the slider is a possible solution. To lubricate the slider, use our slider lubrication guide.

No Sound Coming from Speaker of Handset

There is no dial tone or no sound from the handset.

If you have no sound from the handset, and it's not due to lack of power, it may be due to a bad speaker coil. Replacing the speaker can solve this problem.

we are unable to set the time or the alarm