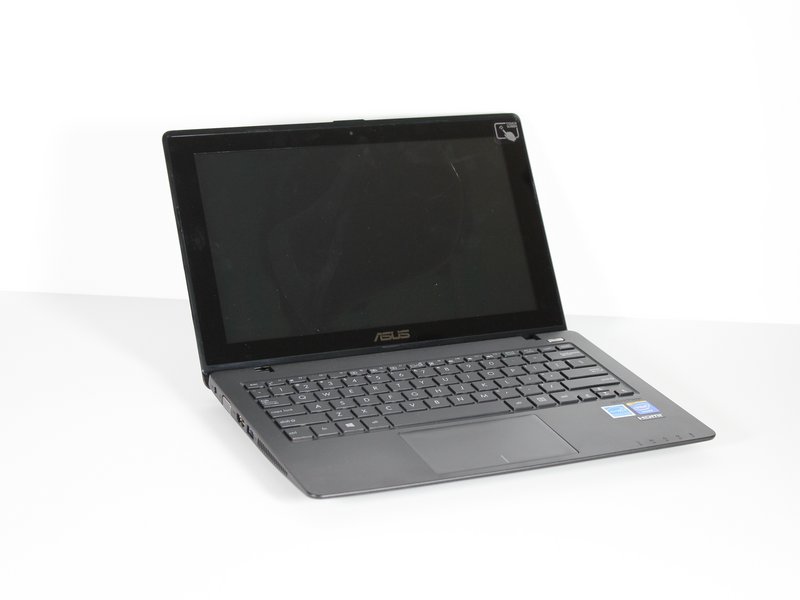 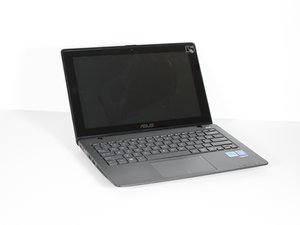 The slim and thin 2014 ASUS X200MA comes in four colors, with touch display and touch pad. This recently developed laptop has various issues that can be solved with some simple, easy to figure out troubleshooting solutions.

Try a new charging cable to see if the problem is in the cable or in the laptop itself.

If neither a bad charging cable nor a bad battery are the problem, then you most likely have a broken power plug which needs to be replaced.

If you can hear the machine start but the screen stays black you may have a bad display which typically requires a full display replacement.

This problem is possibly caused by a loose connection between the motherboard and the screen display. If this is the case, re-securing the connection could fix the issue. This requires disassembling the laptop and checking each connection.

If a loose connection is not the problem then the entire display may need replacement.

If neither repairing connections or replacing the display works, then the problem most likely lies in the motherboard.

Computer does not turn on properly or makes clicking and grinding noises while preparing to start.

Possible causes of this are:

The mouse or touch pad behaves irratically; left clicks instead of right clicks, or doesn't work at all, there is no response to the computer when the pad is touched.

This is an issue that can often be fixed by finding the right ASUS drivers to download for your mouse.

There have been many reports of manufacturing errors or hardware issues with this laptop, if the drivers are not sufficient then the touch pad has to be cleaned or replaced.

No webcam in device manager. Where is the plug for the webcam on the motherboard?. I replaced the HD disk to SSD and maybe I broke the connection to my webcam or maybe the plug is not seating correctly.

I replaced my HDD with SSD. My webcam stopped working. I might have broken my connection to or not seating the connector properly. I do not know which connector goes to my webcam therefore, where do I check for the correct connector to webcam. Any answer will be appreciated.