Tobias has been at iFixit since 2014. As Head of Content EU he works on Teardowns, Guides, and special projects. Previously he was a Customer Service Teamlead and Technical Writer. Critical thinking, a weird sense of humor and love for strange movies are his trademarks.

I am Tobias Isakeit (is-a-kite) and I started at iFixit in 2014. Back then I was responsible for European Customer Service and represented iFixit at numerous Makerfaires. Two years later I helped establish the EU Content Team with a focus on popular devices outside of the US creating guides and teardowns alike. With more tech writers starting at iFixit Europe I shifted from taking devices apart to performing external repairability assessments, coordinating our team, and analyzing our traffic impact on various categories. I have a knack for getting to the bottom of things and analyzing and structuring complex interrelationships.

Unlike most of my classmates, I did not start to study right away after graduating high school. I made a road trip through California and came to see San Luis Obispo (not knowing it was going to be the home of iFixit two years later). My following apprenticeship as a media designer taught me a bunch of valuable design rules and tricks which I put to use for 3 more years before eventually starting to study audio visual media. Equipped with a B.E. I made video animations for several car companies, museums, and exhibitions while doing some VJ stuff on the side. Looking for new challenges I noticed the manifestation of iFixit Europe in 2013 and suggested an iFixit repair cafe. Two interviews later I started fixing the world at iFixit. Since then, I have learned a lot more about disassemblies, the inner working of things, represented iFixit at numerous fairs, gave some workshops, participated in a few conventions, and helped grow iFixit to what it is now: the world's biggest collection of online repair guides.

My favorite fix is not a particular repair but a certain project we did in the heart of Stuttgart where iFixit Europe is located. For three months I ran a pop-up repair shop for iFixit that was open Monday-Saturday where people could come in, repair their devices, and buy our spare parts and tools. We also had some guest speakers and special events there. This was in the Summer of 2017 and I absolutely loved it.

Besides this amazing adventure, I enjoyed taking apart devices from different categories like the foldable electric bike QiCycle, the food processor Thermomix, and the coffee machine Impressa A9. I also enjoyed creating guides for various iterations of Fairphones, Apple Watches, and many other smartphones and smartwatches.

And to show you that even professionals start small let me share my first disassembly guide on iFixit with you. And if you happen to have this device, be my guest and follow this guide to provide better pictures which it desperately needs :)

When I’m not taking devices apart or fixing my own appliances at home, I like to go trail hiking in Scotland (West Highland Way), surfing in Portugal (Peniche) and France (Plage Des Sablères), or cycling along the Danube river from source to Budapest. While landlocked in Stuttgart, bouldering is my sport of choice along with relaxing either with movies (think Fight Club, Matrix, Stay, and the likes) or at home with some good old board games (Carcassonne, Settlers, or The Crew). My nickname on iFixit is “isakrittl” reflecting my critical thinking and somewhat nagging behavior originating in the Swabian culture ;)

Setting up camp at the Danube river 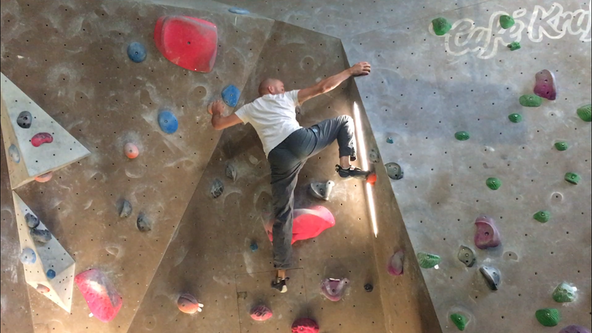 Some inside bouldering and stretching

Where Else to Find Me

The technical writing team works hard to make iFixit the best source for repair. Learn more about the content review process that makes it possible.

How to True Bicycle wheels

How to separate or replace the links in a bike chain