I am currently a student at California Polytechnic State University in San Luis Obispo!

Currently I am a first year Industrial Engineering student at Cal Poly. I chose this major because I was interested in the fact that this branch of engineering would be able to be applied to nearly any field. But I hope to change majors to Aerospace Engineering because I want to be directly involved in working on spacecraft and space exploration.

In the future I hope to be able to work with NASA or a company in a related field and be able to enlarge humanity's look at the universe we live in.

One particular skill I am proud of is that I am able to speak three languages relatively fluently and another language not so confidently. The three languages I am fluent in are English, Korean, and Japanese. I am able to read, write, and speak English very fluently, as I live in California and it is the predominant language that I use. I learned Korean and Japanese from my parents and I and I am more confident in my Korean speaking, reading, and writing skills than I am in my Japanese ones. The final language I kind of know is Spanish and this is because I took Spanish for three years in high school. So I recall most of what I learned throughout those three years but no all of it has retained. As long as I am being spoken to very slowly and through very basic vocabulary, I will most likely be able to understand.

Recently I took a class called “Introduction to Design and Manufacturing” that taught me how to use the CNC mill as well as the lathe and Solidworks. During this class we worked on a few projects. One such project was called the Air Motor project. During this project, 6 students were put in a group and tasked to create enough parts of the air motor for everyone to have one. Each person was assigned one part and in the end we came together to put it all together and calculate the total cost of creating all these air motors. 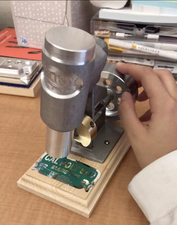 Unfortunately I do not have any repair experience because my father would just fix everything for us whenever my family had any problems with regards to technology we had around the house. But I hope to use this opportunity with iFixit to learn how to properly take apart and replace something and be able to use that knowledge in the future. 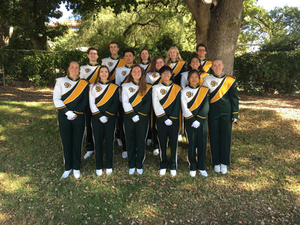 Currently I am part of the Cal Poly Mustang band playing the piccolo. This is the marching band for Cal Poly and we play at football games, volleyball games, basketball games, and just provide a supportive and fun environment anywhere we go. Soon we are taking a trip to San Francisco to play at the Chinese New Year parade! 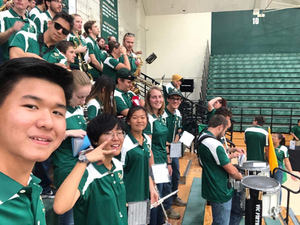 Besides band, I enjoy reading books, watching random shows, and listening to music in my free time. As of recently, I haven’t been able to read too much because of school but the book I am currently “reading” is called “The Wise Man’s Fear” by Patrick Rothfuss which is a sequel to “The Name of the Wind”. It is a well written fantasy novel that follows the main character, Kovthe, through his life. I highly recommend this (future) trilogy.

How does this project relate to me?

As an engineer, it is useful to have multiple experiences under my belt. Working with iFixit would be one of them as learning how to replace something in a piece of technology will become increasing as society continues to develop and come out with new technology.

Back home, I have a cat whose name is Mimi which means “ears” in Japanese. We named her this because when we first got her, she had the most adorable, and huge ears. 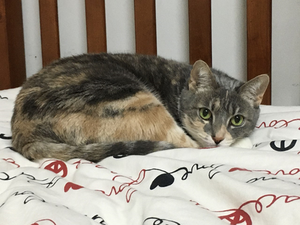 How to Disconnect a Philips Respironics V60