Not that difficult at all 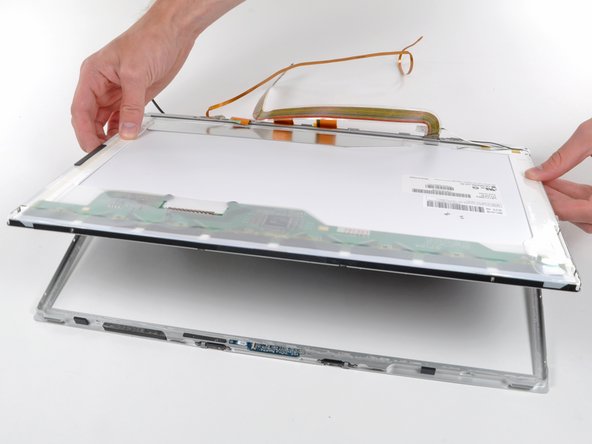 The display on one of our A1261 MBPs decided to go wonky; since it's the one regularly used by my wife I swapped in the LCD panel from an A1229 that was only occasionally used (no swapping lids thanks to different antenna, camera and cable configs) and then installed a new 17" panel from IFixIt in the donor A1229.

It's really a pretty brain-dead procedure; I'm not sure why it was classed as "difficult" other than the fact that there's a metric buttload of tiny screws involved. Getting the A1261 apart was marginally easier than the A1229 thanks to a more enlightened design for the WiFi antennas, but neither was particularly challenging.

Have either a ton of containers (or a divided box) so you can associate the fasteners removed with each step in the guide -- it will make it much easier to put the thing back together. Be sure you understand how the connector for the camera releases (both in the lid and on the motherboard); the retention mechanism can be a trap for young players and the guide doesn't to a very good job of illustrating how it works. The replacement panel sold by IFixIt is a later rev than used in either my donor A1229 or the A1261; there's a relief in part of the frame such that a couple of the screws can't be installed (but there's no particularly negative effects).

Don't be intimidated by this repair. The proper screwdriver, a hand lens and patience with the RF connectors on the motherboard are key; everything else is just an interminable collection of screws.