I wanted to upgrade my late 2009 iMac 27 inch to faster storage. I read online about how to create your own Fusion Drive configuration by installing an SSD and hard drive. I replaced the internal HDD with a 160GB Intel SSD and used a 1TB 2.5 inch HDD in the SATA optical bay enclosure I bought from iFixit.

It was remarkably easy. I also bought some "dent repair" suction cups from the local hardware store, followed the iFixit guide to remove the LCD panel and access the internal areas of the iMac. I made sure I first had a fully complete Time Machine backup and a bootable OS X Mountain Lion USB stick (as you cannot use the repair partition to create the Fusion Drive).

I was surprised by how long the Time Machine restore took. Setting up the Fusion Drive was easy and took only two commands on the command line to create the Fusion Drive volume under CoreStorage (instructions easily discoverable through Google). The restore took 18 hours off a FW800 attached Drobo unit. 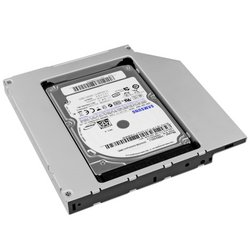 I'm doing this on my '09 iMac too, following on from a successful upgrade to fusion drive on my '11 MBP. Best to make 2 separate backups IMHO, so you always have 2 copies of the data, even when you format the system disks.