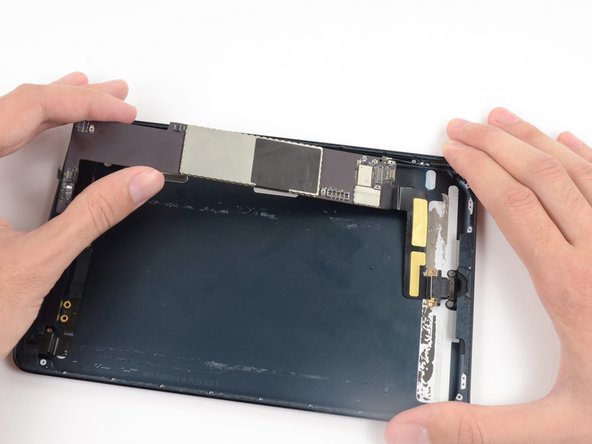 My iPad mini had water damage and after replacing the digitizer and lcd, it still was not working despite burying it in rice. Since I already invested so much time and money into it, I was determined to get it up and running to satisfy my ego.

Following the repair guide on ifixit.com, I successfully replaced the logic board in a mere 4 hours hehe. I was extremely careful and took my time, but the effort paid off; and I managed to replace the logic board without breaking anything additionally. Thanks for the great repair guide, ifixit! Also, I wasn't hopeful that everything would start up after I reassembled the iPad mini; but it did and I am so ecstatic and grateful!

My advice is to take your time and be very careful. Having something break while repairing is very discouraging and frustrating. But if you manage to fix it, the rewards are greater because you feel like you accomplished something. Also, I used a hair dryer to soften up the glue on the digitizer, battery, and motherboard. Ifixit's heating tool would have probably saved me some time and effort, but I chose not to purchase it because I already had way too much invested in this repair.