Replacement parts for your GoPro Hero5 Black model to fix your broken camera! 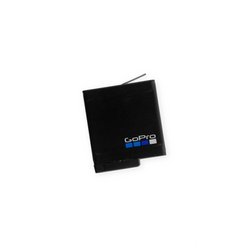 The GoPro Hero5 black is a hyper-portable camera built specially for activity image capturing. The Hero5 was released on October 2, 2016. The camera shoots up to 4k video and can capture 12-megapixel photos.

The camera employs a simple one-button control and is also voice activated. The GoPro Hero5 black is completely waterproof, unlike the earlier generations. The GoPro Hero5 Black can be easily confused with the GoPro Hero5 Session. The most obvious difference between the two is the Black has an LCD touchscreen while the Session does not.