Fans have waited forever for a MacBook Pro update. And Apple finally released two new MacBook Pros—one with the touted Touch Bar and one with traditional function keys. We got our mitts on the latter, which we’ve dubbed the “Escape Edition” because it still has an escape key. And we uncovered a few features that Phil didn’t mention.

The MBP sports a removable SSD powered by a custom Apple controller (we first saw this silicon in the 2015 MacBook, but this is its first appearance on a removable SSD). The SSD also has a new form factor and a new pin configuration.

On the mechanical side: New rubber bumpers on the speaker screws guard your laptop against vibration for chatter-free listening at top-volume. Maybe the new MBP finally has speakers to warrant this iMac-worthy tech. And if you spotted the headphone jack during the announcement, we were surprised too. But it probably won’t stick around much longer. The jack is a modular unit (with two microphones) taped to the top of the fan. That should make it pretty easy to replace with a Lightning or USB-C connector in the next model. As a final feature—if you’ve always thought closing your laptop could be smoother, Apple’s got you covered there with nifty, new spring-loaded tensioners. 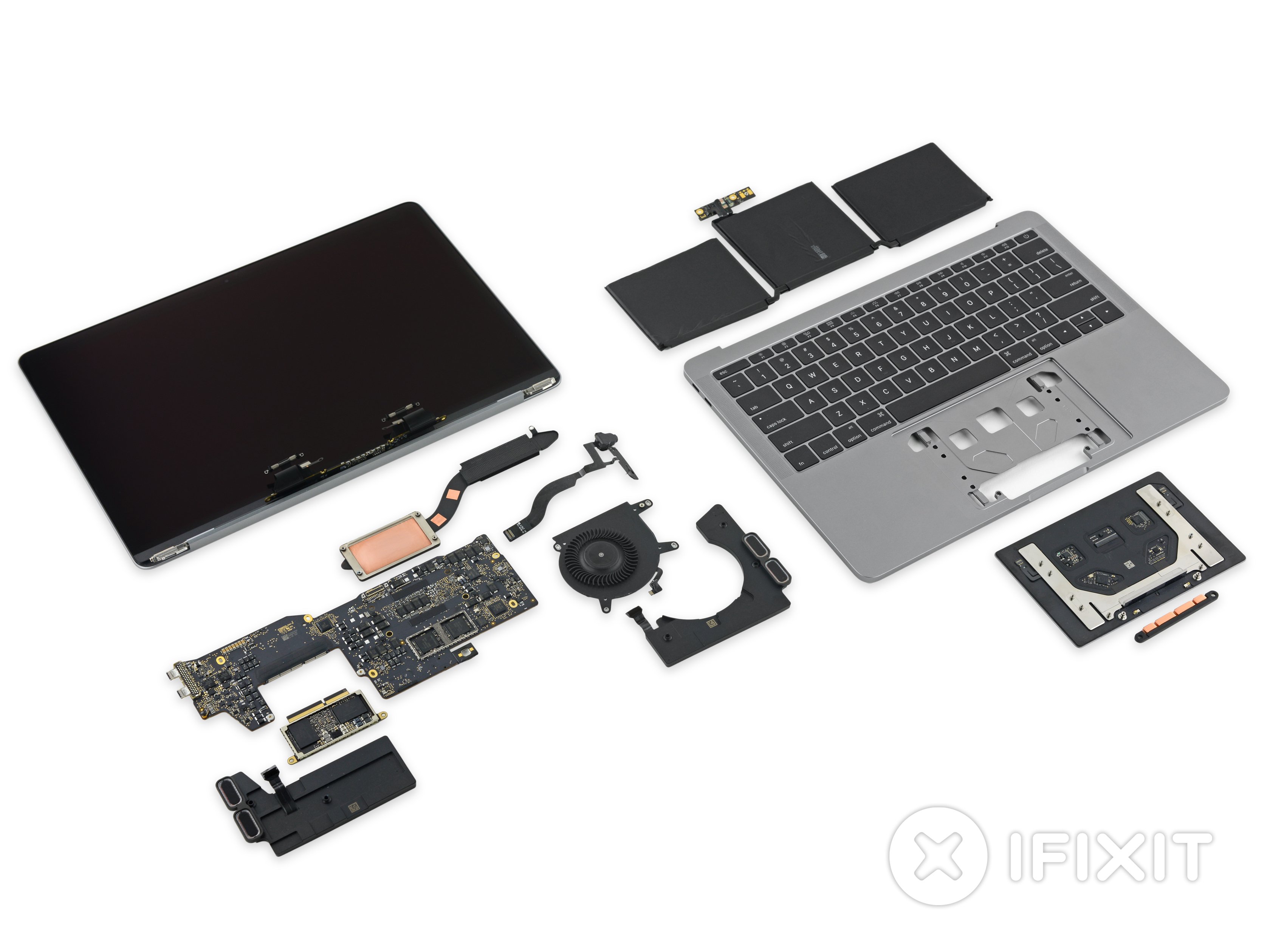 These are just a few highlights from our full teardown. Check out the complete MacBook Pro 13″ Late 2016 teardown on iFixit.com.