We heard from lots of folks that we were too critical of Apple’s iPad — specifically, that it was impossible to use clips instead of glue to attach the front glass to the rest of the device. Apple could not make the tablet thin and repairable, they said.

Enter the Note 10.1, with a thickness of 8.9 mm. It’s actually thinner than the iPad 3, and almost the same thickness as the iPad 2. And guess what? It’s held in place with a clever system of clips, similar to the original iPad.

In fact, the Note scored an excellent 8 out of 10 on our repairability scale. Samsung used good ol’ Phillips screws, didn’t glue the LCD to the front glass, and provided a modular internal layout. All of these aspects of the Note allow the device to be repaired inexpensively and without specialized tooling.

The teardown is here. 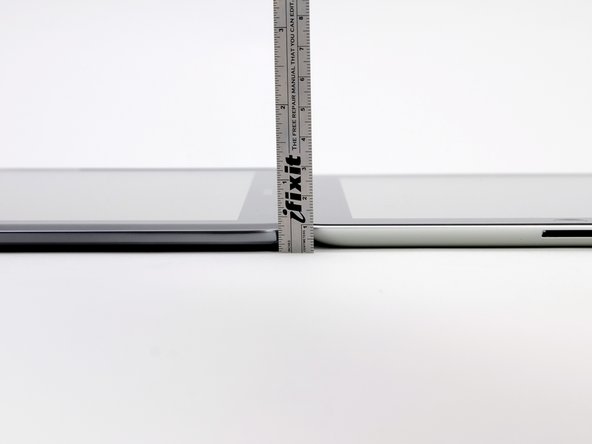 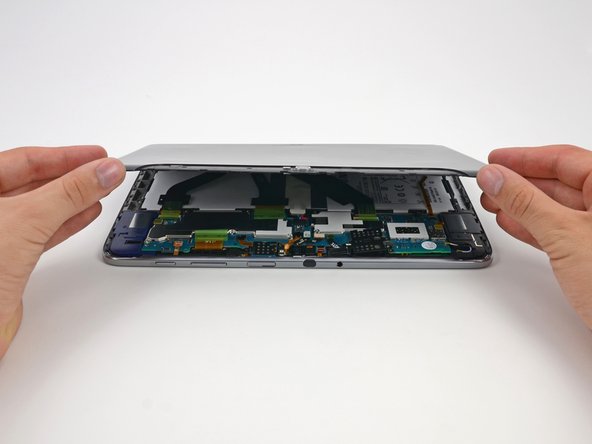 Major players on the motherboard include the following: 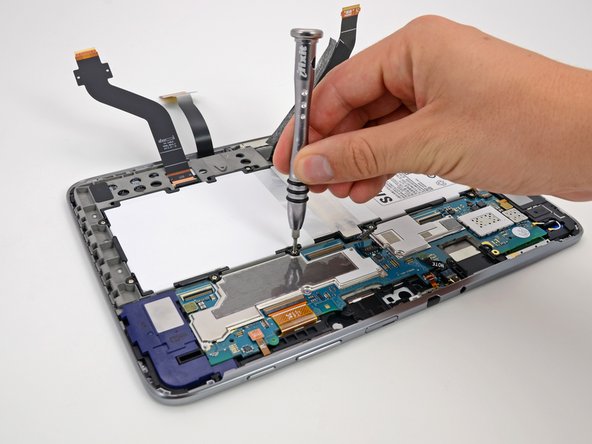 Just like all of the components that we disconnected in the first few steps, the dock connector can be removed by simply detaching a connector and unscrewing a pair of screws. More points for repairability!

Repair enthusiasts everywhere rejoice! The front glass and LCD can be separated and replaced individually.