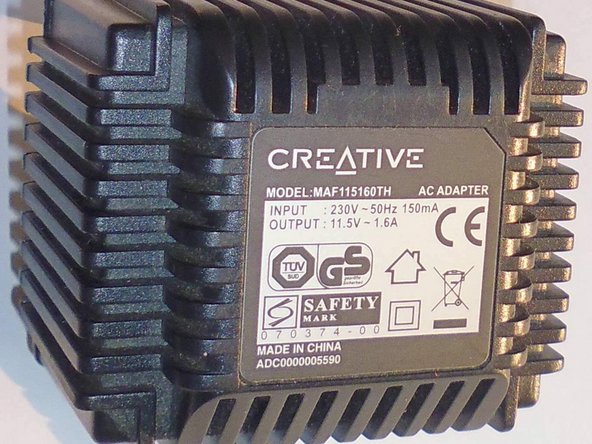 open the housing, solder a new thermal fuse (or just a "bridge" -if no fuse at hand for the moment...), close the housing... done!

the original thermal fuse is situated IN the primary circuit where in case of over-current the heat-development is maximal, thus it switches well-

our (possible) replacement is AT the primary circuit (at best!) and wont get the same heat, while IN the circuit the heat-development may be (already) higher so the use of a thermal fuse with a lower rating (85 degrees) is recommended -with the clear disadvantage that it could switch off TOO early, in normal use but eg under higher ambient-temps or bad venting.. could mean you have to replace it again... -possibly the rating of the substitute can thus be higher.... that depends on your specific situation and use -find out-

me, i even leaved the thermal fuse and just soldered a "brigde"... but in case of emergency this could even lead to a burning device!!! so i wont recommend this to the public

p.s. the reason why my ac-adapter initially blew up:

had attached it to a wrong device that awaited DC-current -with a protection diode towards ground in the input- that resulted in short-circuit-current-drain in one half-wave... became quit hot and ...dead...

Can you show me of this Adapter diagram. The middle line in primary is broken but i don’t know how to connect to which leg

Can I use the lead line instead of fuse to connected