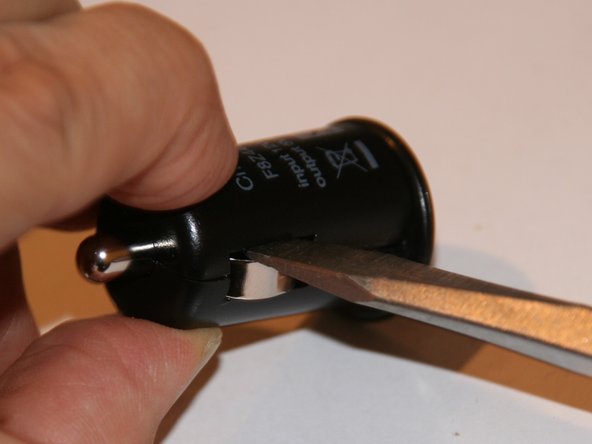 The Belkin Micro Auto Charger USB F8Z445 is rated at 1 amp. However, many devices will not know there is more than 500 mA available, and only charge at a low rate. This is because the Belkin adapter does not provide a 200 ohm resistor between the -D/+D pins, which would tell the device of its higher current capability. Connecting a resistor between the data pins will convince the charging device that there is full power available, and it will charge its battery more quickly, at up to a 1 amp rate.

Steps involve opening the adapter case, soldering a 200 ohm resistor in place, and closing the case.

Please note that this mod could conceivably lead to damage of the adapter or any device plugged into it. Even though it claims to be rated for 1 amp, the Belkin adapter gets very hot when running at this current. It's possible this might lead to premature failure, which in some cases could cause a fire, and/or send the full automotive 12 volts into any attached USB device. The author does not advocate performing these procedures, and is not responsible for any damages caused.