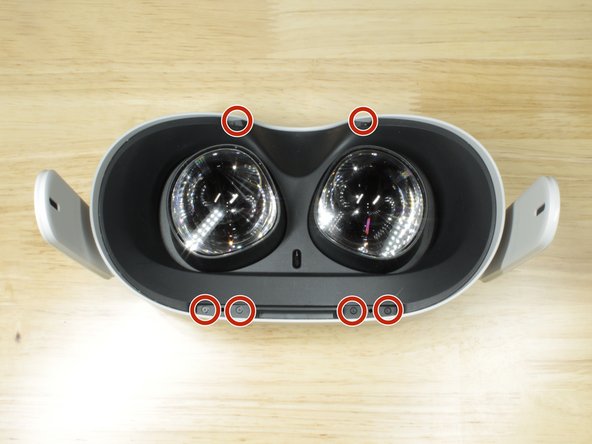 Keep track of all the screws, this headset has a lot of them.

Thank you so much to me for making this guide. Helped me a lot!

It is worth emphasizing that this device has 2! WIFI antennas.

Anyone who wants to disconnect WIFI from their device must disconnect both.

Their connection to the motherboard, is right next to each other, but the right connection is immediately revealed while the left connection next to it is hidden under the black cover and requires a number of additional disassembly steps.

Alternatively, anyone who wants to disconnect WIFI from their device can disconnect the wires in the area where they connect to the antenna stickers on the right and left sides of the eyepieces of the glasses, thus saving all the disassembly of the front cover.

If you just need to replace a camera… it’s 14 screws. You need a T2 and a PH0 (not a P0…) Pretty easy once you get the front cover off and not covered here. It’s pretty easy to see what you do once you get in there though. Good luck!