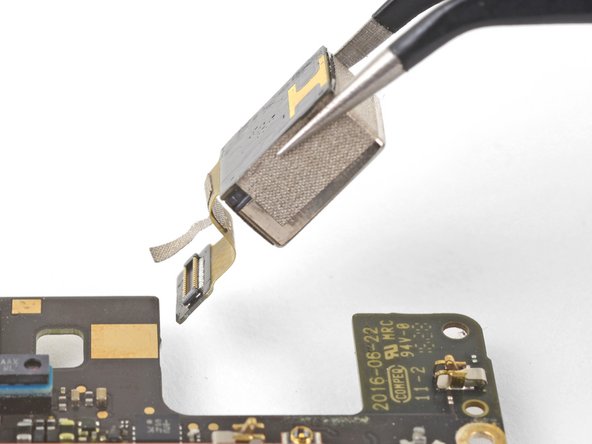 The Pixel XL’s unreinforced display panel is fragile and is attached to the frame with strong adhesive, making repairs difficult. There is a considerable chance of breaking the display, especially if it already has micro-fractures. Be sure to apply plenty of heat and be extremely careful during the prying stage.he rear facing camera will be found on the motherboard of the device.

Where can I get the replacement camera

This is one of other only places I could find to get a replacement camera module.

iFixit sells the replacement part here. It looks like new camera modules are out of stock, but used and fully tested ones are still in stock as of May 15, 2018.

A helpful tip: before you re-assemble the phone, shine a bright light through the back glass and check that there is no dust or debris on the inside of the back glass or the camera lens.

Also, this may be obvious to some, but you will need replacement adhesive for the display in order to re-attach it to the phone. I didn’t even think about this until I had already started the repair and taken the display off.

Do you think that if I put a Pixel 3 camera in there, it would still work?

Have any of you tried to up the storage capacity on one of these things?