Adding a Remote Page Turning Switch to the Kindle 3 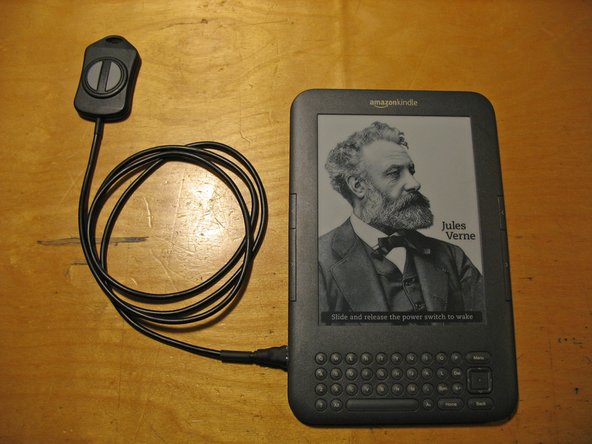 This guide will show you how to add a small pendent type switch to your Kindle 3 so that you can turn the pages without having to hold the device. It should be helpful to someone who might be disabled and has troubled holding the edges. Or just anyone wanting to read in bed while keeping their hands warm under the covers.

It makes use of one of the external side connectors originally designed to supply power to a lighted case/cover. I do not have one to test, but they should be able to be modified to be compatible with this mod.

Why not use the headphone jack? Nobody uses that thing anyways.

@Biff hehe ... I use the headphone jack, however, as does my partner. She, for Audible/Kindle audiobooks, and me, when I use the text-to-speech function. : ) Though it would be nice to be able to have headphones do the same thing without all the difficult work. : )

How did you do this?

(I didn't even know there was a connector hidden in there before today.)