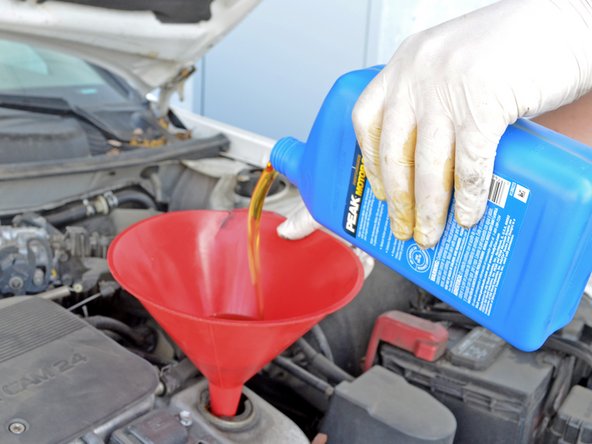 Change the oil in your '97-'01 Toyota Camry to improve engine performance and longevity.

For years, 3,000 miles was the correct interval to wait between oil changes; but that is no longer the case. Conventional oil in today's engines can easily last over 5,000 miles between changes. Synthetic oils are even more durable, maintaing good engine performance beyond 10,000 miles.

I have the same toyota rukus car as on this website http://www.toyotarukusclub.com, will this work for it too?

Thanks for the detailed instructions. Good on you mate!

Thanks a lot for the information, very helpful! How can i adjust the odometer?

Use a filter wrench. Use a torque wrench to tighten plug per spec. Use a jack stand at two spots, one there and one toward the rear. Make sure car is in park. Remove stands and lower car BEFORE closing the hood!!!

Thanks this is so useful 10.

You forgot one very important part. The washer that goes on the drain plug. If not replaced you could have a small leak.

Totoya has them and they are made of either copper or some other soft material. But the ones I get from Toyata are black. Most people miss this 1 tiny crucial piece .

Always refer to a Toyota manual before getting information on the internet. Even though this was very informative, you should always double check from the dealer or a reputable Mechanic.

This is a great information to change my car oil. Thank you.

it would be good if you can make one for transmission fluid.