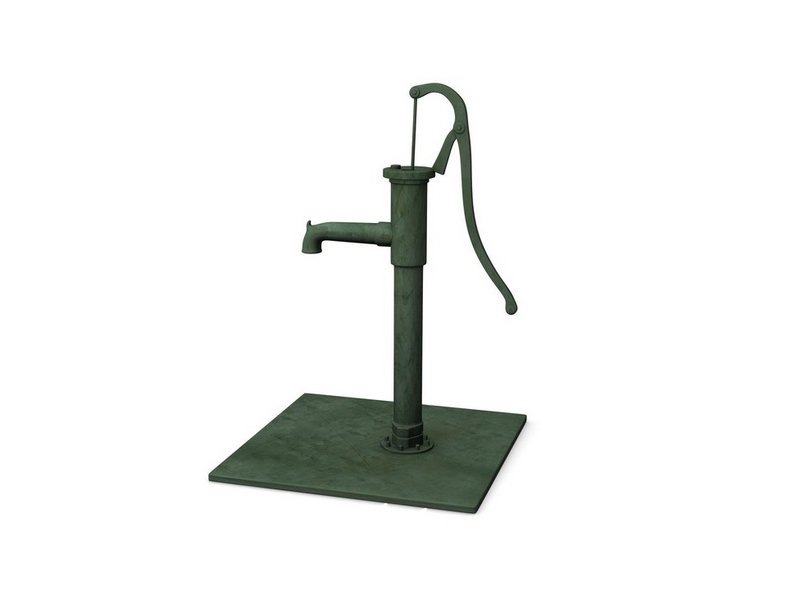 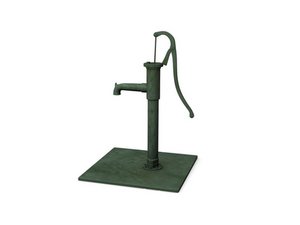 A water pump is a device that moves water by using mechanical force. Usually operated by hand to get access to water when running water is not available in the area.

A water pump is a device that moves water by using mechanical force. Water pumps are usually operated by hand to get access to water when running water is not available in the area. Pumps typically move fluids by mechanical action, which is converted from electrical energy into hydraulic energy. Pumps are classified into the following three major groups according to the method they use to move fluids: direct lift, displacement, and gravity pumps.

Pumps operate either by reciprocating or rotary mechanisms and consume energy to perform the work of moving the water. Pumps can operate using various energy sources, including manual operation, electricity, engines, or wind power.

The first pump was invented by the Egyptians around 2000 BC. This pump was called a Shadoof and used a bucket tied to a rod or a rope to raise water from deep wells. Between the third and first centuries BC, the Greeks invented the water wheel, which was used to generate power and irrigate fields. Archimedes invented the screw pump during this period; the screw pump is still used in various rural areas around the world that do not have electricity but need to raise water for irrigation. In some regions, windmills or watermills were commonly used to pump water. Today, pumps are used for water supply, irrigation, gasoline supply, air conditioning systems, sewage movement, chemical movement, refrigeration, flood control, and marine services.