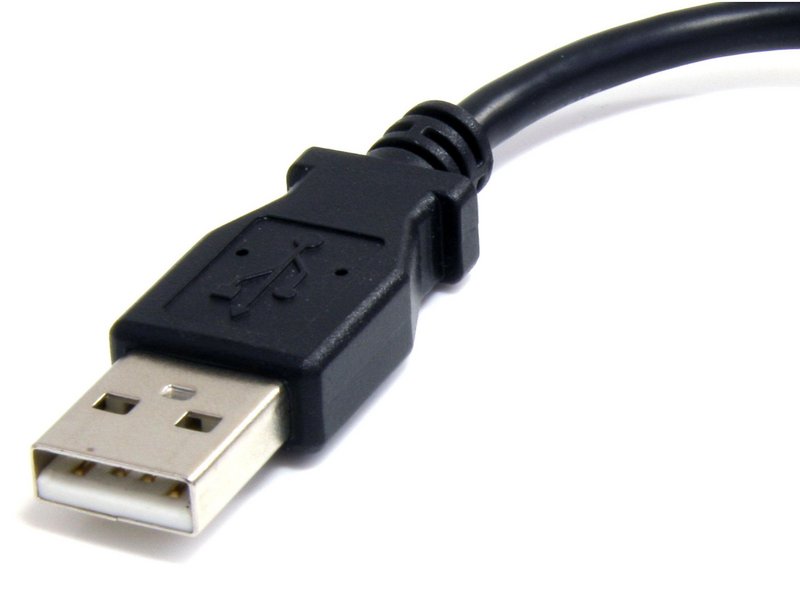 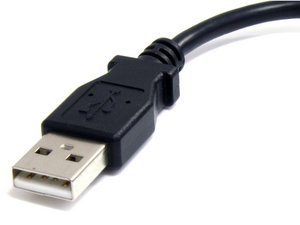 "Universal Serial Bus" cables. Used for a variety of purposes, from charging a phone to powering a fan or facilitating high-speed data transfer.

Universal Serial Bus, more commonly known as “USB,” is a common standard for cables and connectors originally released to the public in 1996. USB cables were originally intended to be a replacement for the multitude of serial, parallel, proprietary, and lesser-used cables that were common in the era. The goal of USB, as the name “Universal Serial Bus” implies, was to unite and replace most of these cables with a single standard. USB technology and development is overseen by the USB Implementers Forum, a group of electronics companies like Microsoft, Apple, Intel, HP, Texas Instruments, and others.

Since USB cables have undergone multiple revisions over the years, it can be difficult to tell what type of cable or connector you have. Luckily, Wikipedia has a useful chart with diagrams for all the connectors you can find on a device or on the ends of a USB cable. Unfortunately, just knowing the type of connector does not tell you the speed of a given cable. For that part, let’s dive into a little bit of history (I promise it’s interesting).

After a year in development, USB 1.0 was released in 1996. This first standard specified a data transfer rate of 1.5 Mbit/s (called “low speed”) and a rate of 12 Mbit/s (called “full speed”). At this time, USB cables were designed so that the device on one side would “host” the communication and the device on the other side was passive. The host side of the cable has a rectangular connector, called a USB type-A connector. The passive side of the cable has a USB type-B connector that is almost square with just two corners notched so that you can’t insert the plug backwards. This asymmetrical design continued for quite a while: a type-A host and a type-B follower.

USB 2.0 was released in 2000 and introduced transfer speeds of 480 Mbit/s (called “high speed”). Since USB 2.0 cables and connectors are identical to USB 1.x versions, they are completely backwards compatible. Mix and match to your heart’s content. Alongside USB 2.0, the forum introduced smaller versions of the existing connectors. These were called the USB mini-A connector and the USB mini-B connector. They play the same roles as before, but they are smaller!

Despite the introduction of the mini-A and mini-B connectors, people (and companies making thin phones) wanted an even smaller connector. Thus, the forum introduced the USB micro-B connector. They also released a smaller version of the type-A connector, but it was very rarely used.

Realizing the need for faster data transfer, the forum introduced USB 3.0 in 2008. This specification allowed for up to ten times the transfer speed at a rate of 5 Gbit/s (called “SuperSpeed” or just “SS”). To support this large jump, the cables had to include four new wires and the connectors needed new designs. Compared to their lower speed counterparts, the SS type-B connector is taller and the SS micro-B connector is wider. The SS type-A connector has all the new electrical conductors inside, so it is the same shape as its predecessor. Manufacturers are supposed to use blue plastic inside SuperSpeed connectors to mark their higher speed, but some companies do not follow this design trend (cough, Apple, cough). Due to the smart design of these connectors, you can use USB 2.0 or USB 1.x cables in a USB 3.0 socket, although the speed will be limited to 480 Mbit/s.

The USB 3.1 and 3.2 standards were released in 2013 and 2017. These additions defined even faster transfer speeds of 10 Gbit/s and 20 Gbit/s (both called “SuperSpeed+”). The naming scheme for these revisions is quite confusing (you can see more on the USB 3 Wikipedia page), so it is usually easier to find cables based on the advertised transfer speed instead of the marketing mumbo-jumbo.

In 2014, the forum introduced the USB-C connector in an attempt to unify the existing standards. The USB-C connector is symmetrical and can be plugged in right-side-up or upside-down without any issues. It also replaces the host and passive functionality of both the A and B connectors, making the entire distinction a moot point. Additionally, USB-C cables that support the feature can carry other data such as DisplayPort video, HDMI video, and Thunderbolt 3. More expensive Thunderbolt 3 cables are especially useful because that standard permits transfer of up to 40 Gbit/s.

USB4 was released in 2019. This standard essentially uses the technology of Thunderbolt 3 to enable an equivalent data transfer rate of 40 Gbit/s. USB4 is only available for cables and devices with USB-C connectors.