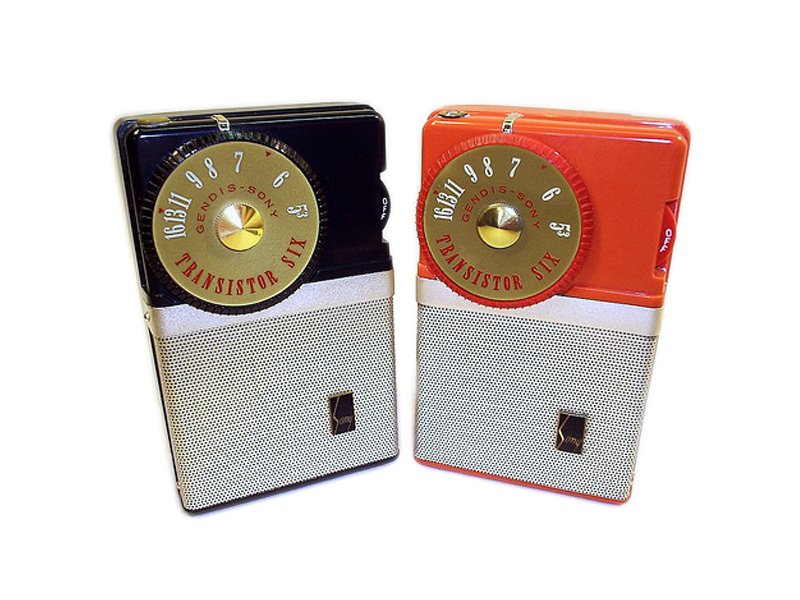 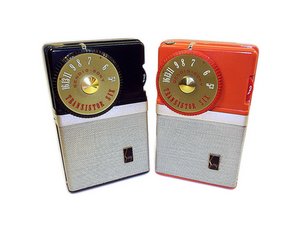 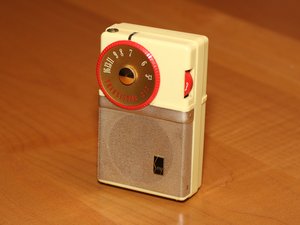 The TR-63 was introduced in 1957 - it was the first "pocket-sized" transistor radio ever made and the first Sony-branded product exported to North America, by the then-named Tokyo Tsushin Kogyo company (Tokyo Telecommuncations Engineering Corporation). It became a huge commercial success, over 100,000 units were sold.

It seems "pocket-sized" was a bit of a marketing gimmick at the time - although smaller than any competing product, the TR-63 was a bit too big to fit into a standard shirt pocket. So story has it that company salesmen wore custom-made shirts with slightly bigger pockets to show off the TR-63's small size. But unlike desktop radios of the day which were promoted under the idea of "a radio in every home", the TR-63 was uniquely marketed as something each person could own and carry with them. A foreshadowing of the Walkman and iPod, perhaps?

The TR-63 contains a whopping 6 transistors. By comparison, the Cell processor chip in the PS3 contains two to three hundred million transistors. That's an indication of the progress made in the electronics industry in the past 50 years.