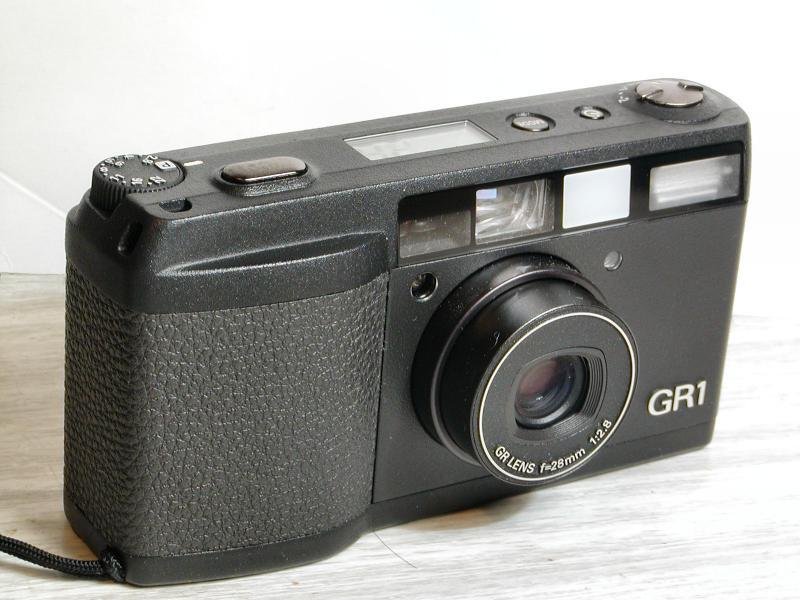 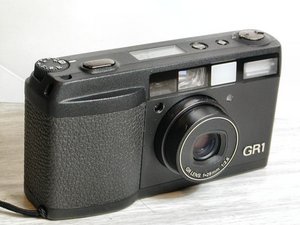 Repair guides and support for the high-end 35mm film camera produced by Ricoh in 1996, the Ricoh GR-1.

Ricoh is a Japanese imaging and electronics company founded in 1936 that primarily manufactures cameras but also produces printers, photocopiers, fax machines, etc. The Ricoh GR series, announced in 1996, is a line of point-and-shoot cameras that was a big leap in the idea of the compact camera. The first member of the series, the GR-1, features a 28mm f2.8 lens, a display with the settings shown, and multi subject autofocus. This camera allowed the user to pop it in their pocket without having to compromise with a bad camera lens. These cameras now have historical significance in the camera realm and can be sold for a price of up to $400 on third-party sellers like eBay.

The Ricoh GR-1 was available in all-black or black and silver, with the GR1 logo on the bottom right of the front side. The camera has a magnesium body and a textured handgrip on the right side. The small screen lies on the top of the camera, as well as a settings wheel and various buttons. The back of the camera is the compartment door to switch out the film.