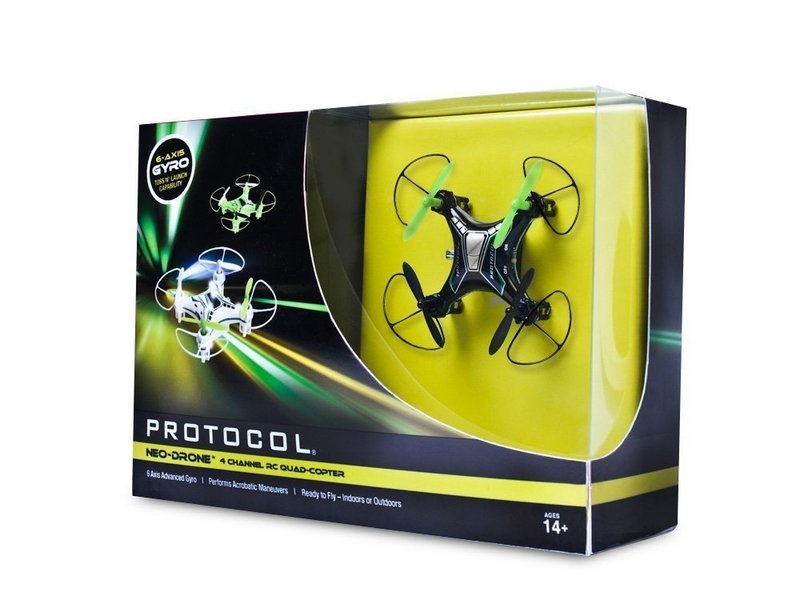 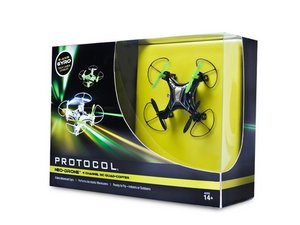 Protocol manufactures a range of drones that offer various features. Protocol markets themselves as supplying “drones for everyone.” Protocol drones include drones with cameras, stunt drones, helicopters, and planes. Protocol drones come at a range of price points. For instance, the Aviator Remote Control Helicopter sells for just $29.99. On the other hand, the Kodiak GPS Wi-Fi Drone with HD Camera sells for $299.99.

Protocol drones have a variety of structures, but they all include a base with propellers. Usually, there are four propellers on a drone, one at each edge. Protocol RC helicopters are, instead, helicopter-like in structure. They have a main, rounded body with two large propellers housed above the base. Protocol planes are shaped like model airplanes. Protocol drones, planes, and helicopter bases come in mostly neutral colors (usually black), but their blade guards and propellers are often bright colors.