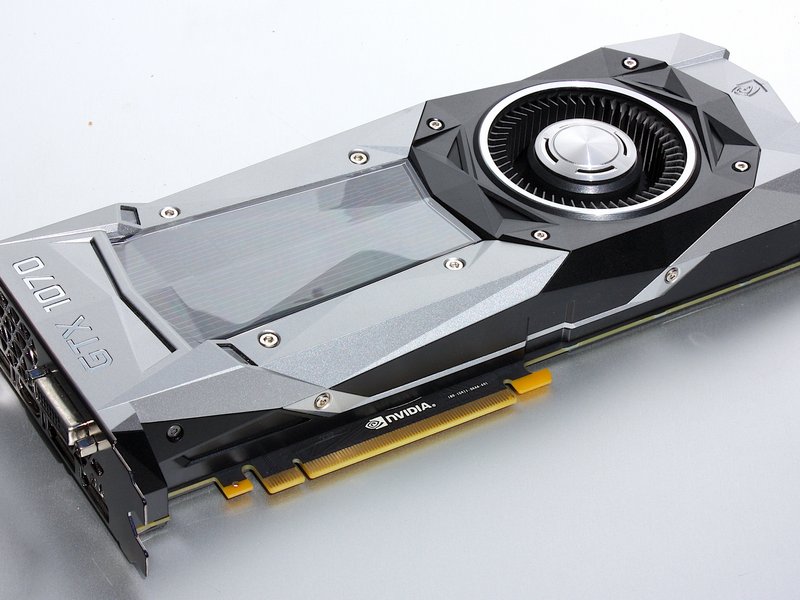 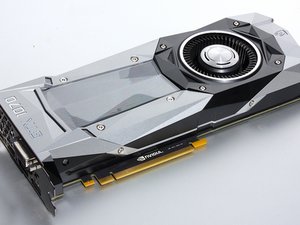 The GeForce GTX 1070 is a desktop graphics card released by Nvidia in June 2016. The Founders Edition (spelled without an apostrophe in “Founders”) is Nvidia’s own version of the card, which they sold in competition with their manufacturing partners like MSI and Gigabyte. The Founders Edition retailed for $449 at launch.

The card is built on Nvidia’s Pascal architecture from 2016 and features 7.2 billion transistors. It has 8 GB of video memory and runs at a base clock speed of 1506 MHz. On the back of the card, there are three types of plugs for video and audio output: HDMI, DisplayPort, and DVI. To use the the card, it should be inserted into a PCIe 3.0 x16 slot in your computer and you should connect supplementary power from your power supply to the 8-pin header on front of the card.

You can identify the GTX 1070 Founders Edition by looking for its light-gray, geometric design and the words “GTX 1070“ by the video outputs. On the PCIe connector (the row of gold pins on the side of the card) you should also see the word “NVIDIA” along with a small logo.