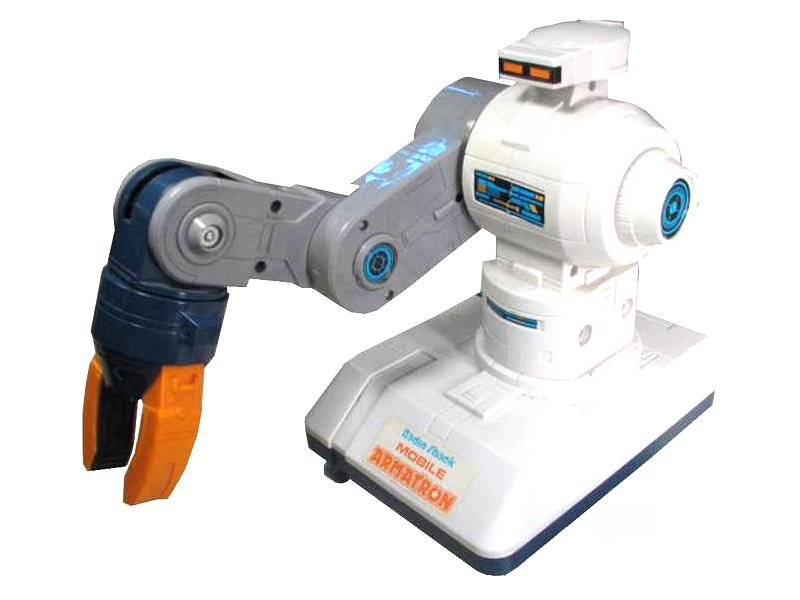 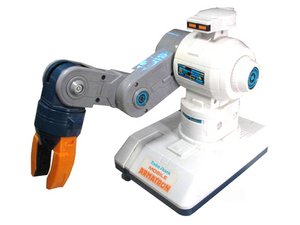 A mobile robot developed in the 80s by Tandy Electronics and sold by Radio Shack in the United States.

The Mobile Armatron is a toy robotic arm with a clamp designed for grasping items. The Armatron was released in 1982 by Tandy Electronics and sold by Radio Shack. It is strictly user-controlled and has no automation built-in. The robot’s shape resembles industrial robots of the 1980s.