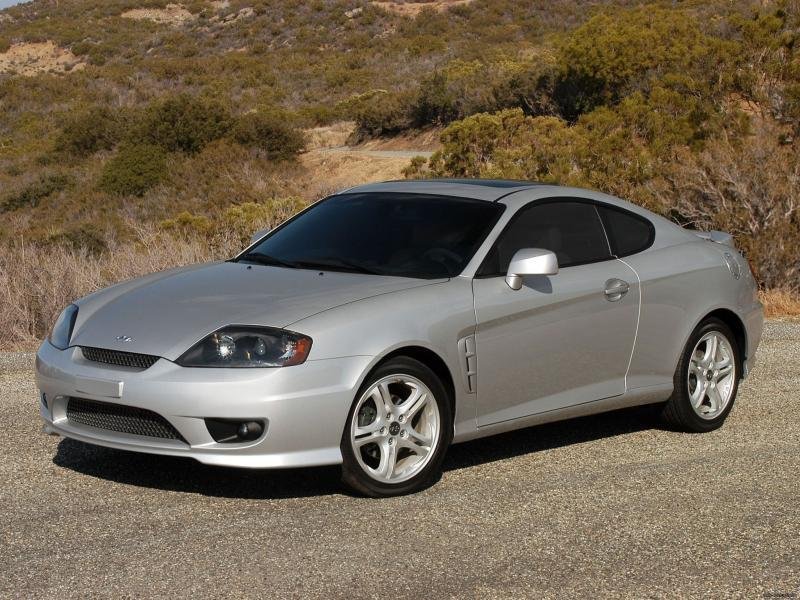 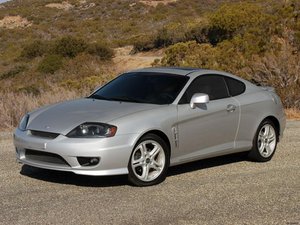 The Hyundai Tiburon, known as the Hyundai Coupe or Hyundai Tuscani in some markets, was a compact sports coupe that was produced by the South Korean manufacturer Hyundai from 1996 to 2008.

The Hyundai Tiburon was released in two generations over its lifetime and also received several facelifts. The TIburon’s facelifts added various safety improvements and updated the car’s exterior and interior styling. The Tiburon was only sold as a two-door coupé with a front-engine, front-wheel-drive layout.

The first-generation Hyundai Tiburon was sold with a 1.6-liter, 1.8-liter, or 2.0-liter inline-four engine paired with either a five-speed manual or four-speed automatic transmission. The second-generation Tiburon was sold with either a 1.6-liter or 2.0-liter inline-four engine or a 2.7-liter V6 engine paired to either a five-speed manual, six-speed manual, or four-speed automatic transmission,

Hyundai vehicles can be identified by the Hyundai emblem, which portrays a bold, italicized ‘H’ inside of an oval. Tiburon vehicles include the name “Tiburon” in capital letters.